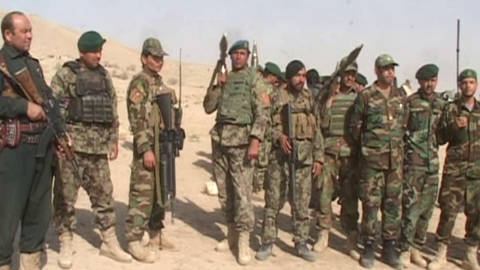 Afghan security forces killed 50 Taliban terrorists and injured eight others in an operation in Lashkargah city of southern Helmand and some other districts, the country’s Defence Ministry said on Saturday.

The Ministry, in a statement, said that the security forces busted the Taliban’s hideouts in operations in Lashkargah, Garamsir and Nawa districts.

The statement said among the 50 terrorists killed was a commander of a group of 100 militants.

It added that eight others were wounded during the round-the-clock operations.

He added that the Taliban terrorists had assembled in these areas to plan attacks on security forces.

The military spokesman also disclosed that the commander of about 100 terrorists, Mualvi Abdul Salam, was among the 50 others killed and three landmine-planters were among the wounded.

The Taliban have not yet commented on this development.

China vows to retaliate against U.S. delisting of own firms