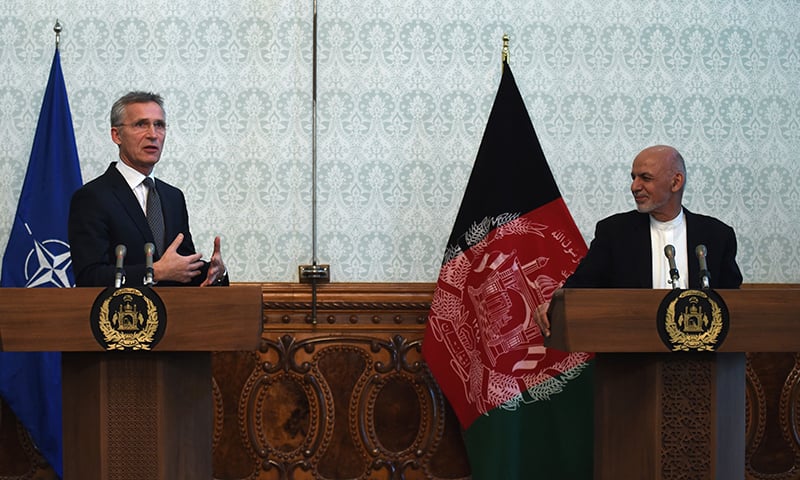 Afghan President, Mohammad Ashraf Ghani, and NATO Secretary-General, Jens Stoltenberg, have held a phone conversation over the peace talks between the Afghan government and the Taliban, the president’s office said in a statement on Tuesday.

“NATO remains committed to supporting the Afghan Defence and Security forces and continues its mission to train, advise and assist the forces,” the statement quoted Stoltenberg as saying.

Peace talks have been underway between an Afghan government negotiating team and the Taliban representatives in Doha, Qatar since early September last year.

The talks aim to find a peaceful solution to the prolonged Afghan conflict, but no tangible progress has been reported yet.

The statement comes as the U.S. military officials announced earlier this month that the U.S. forces in Afghanistan have been reduced to 2,500.

The United States and Afghan Taliban signed an agreement in February last year, paving the way for a full withdrawal of the U.S. military forces from Afghanistan by May this year.

This is subject to the Taliban meeting the conditions of the deal, including severing ties with terrorist groups.