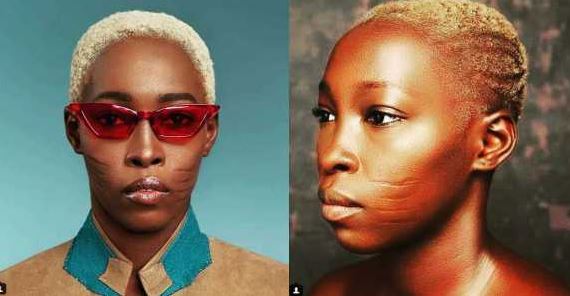 Tambour beading expert and tribal mark model, Adetutu OJ, has shared screenshots of her chat with a married man who offered to pay 500,000 Naira for a one-night stand with her.

The man whose identity was concealed, in the screen munched chat, explained that he’s always fantasized about having sex with an ‘ugly’ woman which is why he wants to have sex with the model and ardent Rihanna follower.

He offered to pay N50k upfront and the rest after they meet.

After Adetutu released the chat and his photos, she revealed that he returned to her inbox to beg her to take down the post as his marriage was threatened.

However, she wasn’t willing to listen to his pleas. 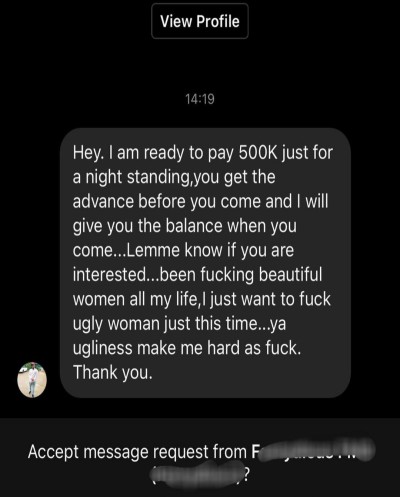 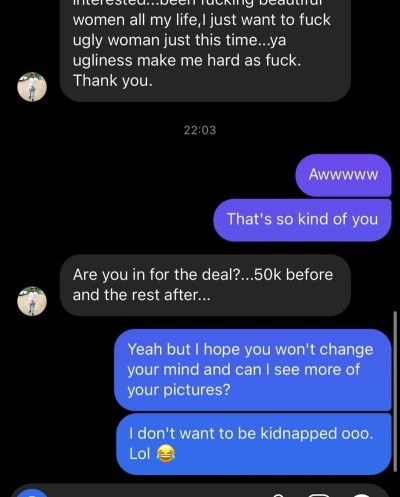 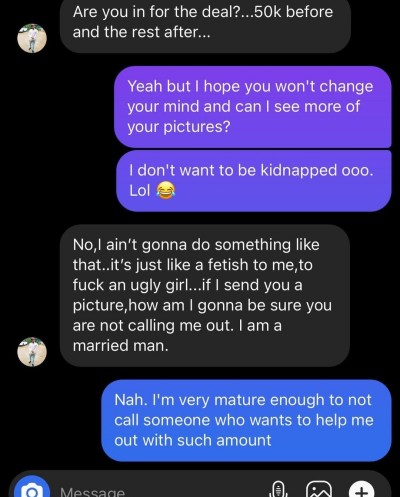 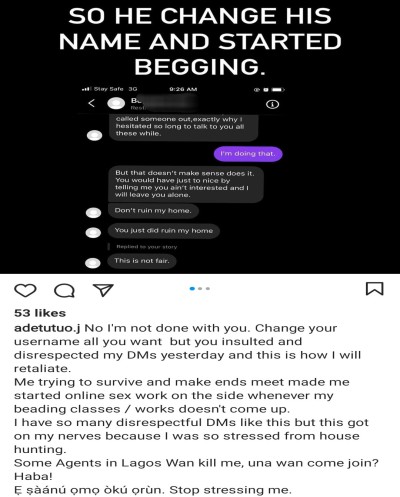