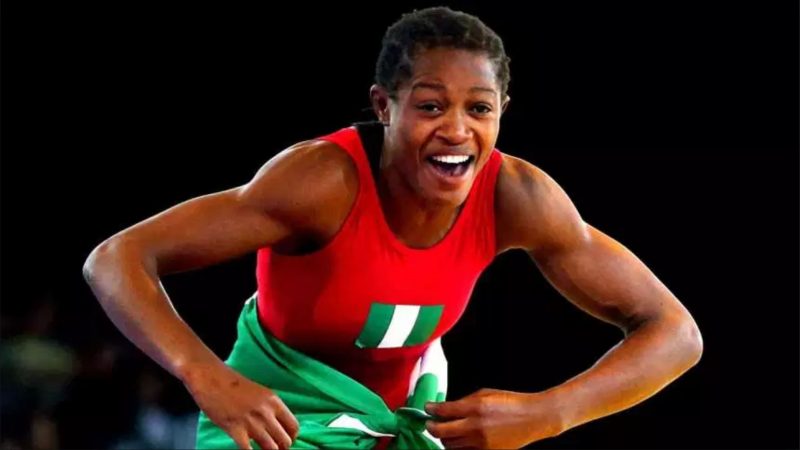 After edging some of the finest wrestlers in the world, Adekuoroye was awarded the gold medal.

In the quarter-final match against the world and Olympic champion American Helen Marouls, the Nigerian champion avenged her two previous losses as she chalked out a shutout 13-0 win over Maroulis.

Adekuoroye was so dominant that she finished the bout with a minute and 32 seconds remaining.

Unfazed by her opponent’s stardom, Adekuoroye paced the bout as both wrestlers waited for an opening for the first two minutes of the bout. But there was none.

The USA wrestler gave up a point for passivity as well.