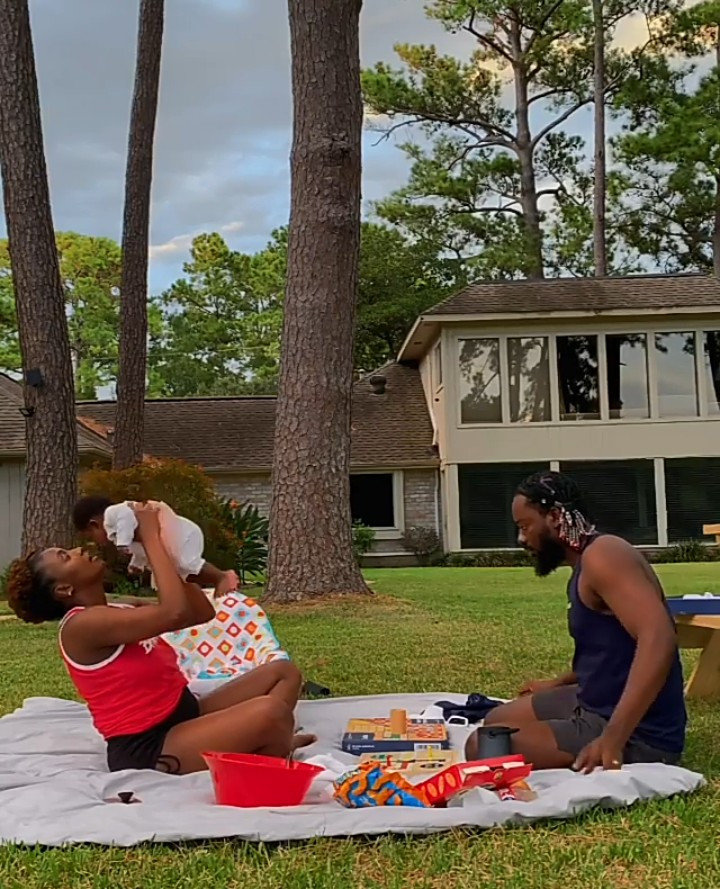 Singers Adekunle Gold and Simi were filmed goofing around as they enjoyed some quality time outdoors with their newborn daughter, Adejare Kosoko.

The singers are seen playing a game in the video, while Simi cuddled Adejare.

There was also a bit of teasing between Simi and Adekunle.

Recall that shortly after Adekunle Gold released his latest album, his wife, Simi went on to share with fans the emotional detail that went into the production.

“I watched you worked on this for wellll over a year. I watched you become a better artiste and writer. I watched you insist on writing your own story even when people you counted on counted you out. You inspire me so much. You never take no for an answer as long as you’ve seen it work in your dreams.

“I see you push yourself everyday – you stay hungry. You’re an amazing artiste Kunle. You don’t just say you want more, you actually do what it takes. I’m so proud of you. I don’t know if I tell you enough, but I am so, so proud.

“Guys, when you listen to this Project #AfroPopVol1 , please don’t listen as though it’s just another album. Know that it’s a work of art that he gave everything – and then more. Listen, knowing this came from passion, through resilience, by a man that refuses to settle.

“Said all that to say #AfroPopVol1 is out.”

Watch the two celebrity lovebirds goof around below:

MORE READING!  Girl reveals plans to drop out of school to become stripper
Related Topics:Adejare KosokoAdekunle GoldFeaturedInstagramSimi
Up Next

Tee Billz shares loved-up photos with new woman, says he would have been dead without her