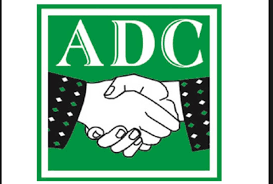 The State Leader of the party, Mr. Bode Iwaloye, made the declaration at a press briefing on Sunday in Akure.

The Newsman reports that the Ondo State Independent Electoral Commission (ODIEC) had announced on Aug. 23 announced the cancellation of the council poll held on Aug. 22.

The commission had cited ‘anti-election activities’ in four wards in the state as the reason for canceling the poll.

ODIEC had also declared APC winners in all 199 wards in all the18 local government areas in the state.

Iwaloye, who cited numerous irregularities and electoral frauds, said that the party took the decision because the local council poll was a sham and below expectations of the people of the state.

According to him, ADC will challenge the results of the election as being released by ODIEC.

He alleged that the election massively rigged in favour of the ruling party in the state, adding that ADC performed credibly in the poll but was not declared the winner.

“The whole local government election, held on Aug. 22 was programmed to fail and when it was held, there was wide condemnation across the state

“But we will take refuge in the ambit of the law.

“We don’t have any gun nor any weapon; this is not violence for violence but we will approach court since that is the only means we have,’’ Iwaloye said.

He, therefore, called on the international community, Non-Governmental Organisations (NGOs) and election observers to direct their searchlight on Ondo state, so that the reflection of the local poll would not repeat itself in the Oct. 10 gubernatorial poll.

He said that the party had also passed a vote of no confidence in the person of Prof. Yomi Dinakin, the Chairman of ODIEC.

Also speaking, Mr. Opeyemi Adefisan, the ADC Vice-Chairmanship candidate in the poll in Ile-Oluji/Oke-Igbo Local Government Area of the state, said that votes did not take place in the area due non-availability of electoral materials.

“No ballot boxes were brought until 1.00 p.m. when they brought eight boxes and they took them back.

“So, nobody voted in the local council area,’’ Adefisan said.

He said that it was a surprise when APC candidate was announced as winners of the election in the area.

Also, Mr. Alaba Ojo, the ADC chairmanship candidate, in Akoko South West, said that the party prepared well for the election but the outcome was “like a war’’.

“We have vehemently rejected the results of the poll and we will approach the court at the appropriate time.

“It was a DSS operative that rescued me that day.

“The security agencies that were supposed to protect the election were seen, aiding the electoral frauds,’’ he stated.

Dr. Bakitta Bello, the ADC stalwart and former Speaker the state House of Assembly, said that the local council poll did not depict the pride of the state.