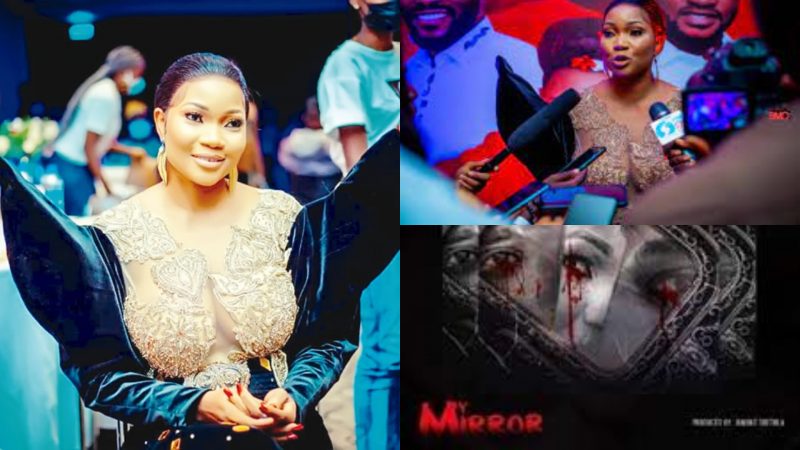 Vanguard reports that ‘My Mirror’ directed by Gboyega Ashowo is a suspense-filled movie aimed at entertaining and educating the public on the psychological and emotional effects of abuse on families.

Laced with humor, it also emphasises the importance of seeking professional counsel and therapy as a way out of abuse.

Speaking at the event, Jumoke Odetola stated that one of the abuses depicted in the film is the one inflicted on men.

“The society makes men feel it’s wrong for them to express their feelings, so they tend to suppress their emotions. Phrases like ‘Man-up jare’, ‘Why man go dey cry?’ and so on are common in a society like ours.

“These sometimes lead to depression, and at other times, the build-up of anger and emotions may also cause them to react inappropriately. These are some of the issues we addressed in this film, as well as the need for people to seek therapy.” She said.

The multiple award winner also expressed her gratitude to the cast, crew, and everyone that was part of the movie-making process, as well as all who came out to support her at the premiere.

The event which had the duo of Bash and Lepacious Bose as comperes and Kayefi and her crew delivering rich African music also had many entertainers including Femi Adebayo, Afeez Owo, Mide Martins, Seun Akindele, Mr Macaroni, Owen Gee, GT Da Guitarman, Korede Bello, Ayo Adesanya, Rotimi Salami, and many others in attendance.

Why I left Nigeria – Tekno