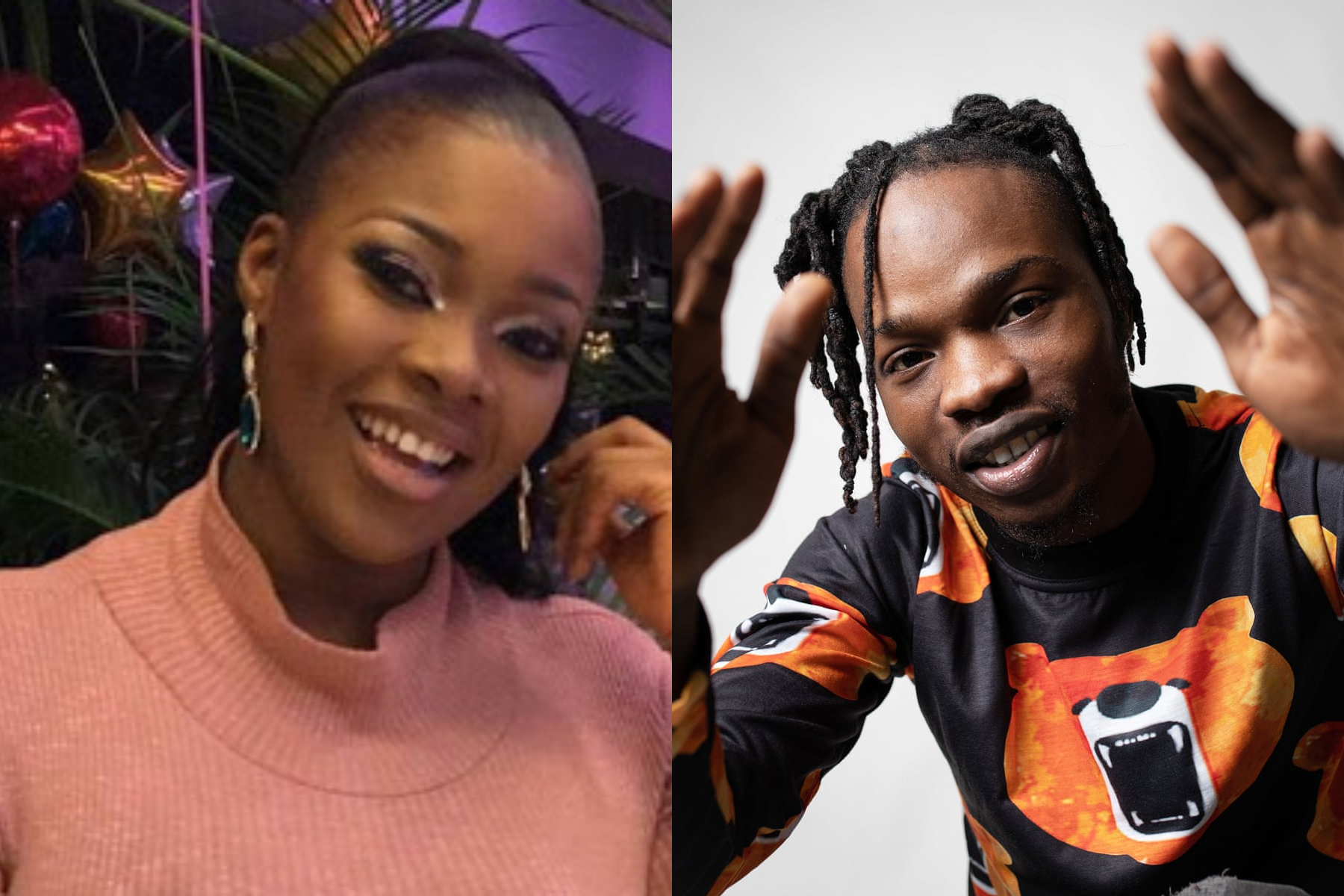 Busty and sexy Nollywood actress, Ejine Okoroafor, has expressed displeasure over Naira Marley’s perverted message to his fans and followers on Thursday.

Marley even went ahead to name his spec, saying that the mother would be younger than 40 while her daughter would be over 18.

“I just unfollowed this guy…what an expensive joke” 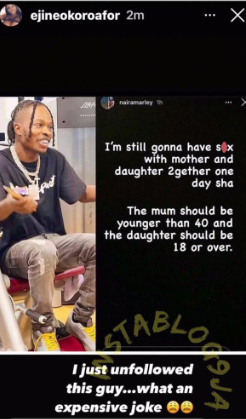