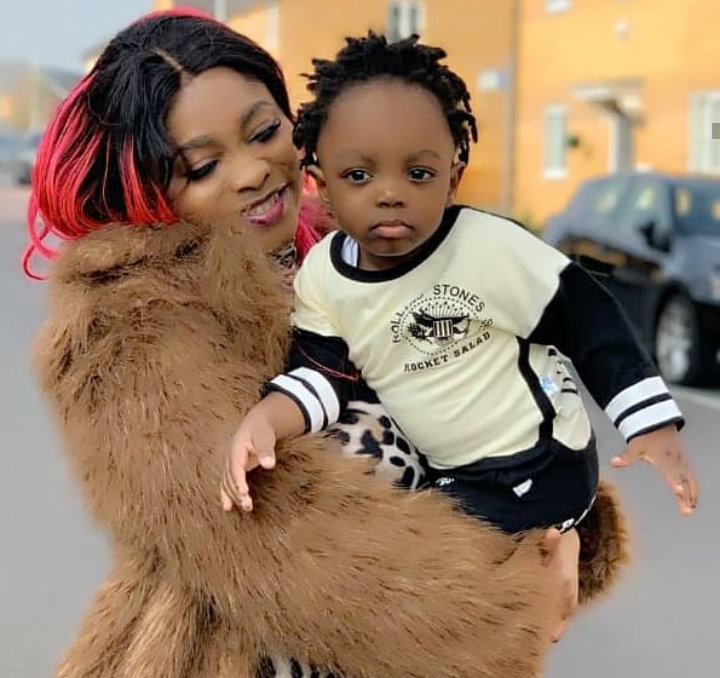 Speaking on dumping her acting career, the excited mum said nothing can make her dump acting, no matter what.

“I have done that several times in the past. I was busy, there was no time but I can’t do that again. The reason I dropped acting for two years then was because of my baby. I cherish my boy a lot. Many people asked why I was off the screen for so long, I just needed space because I gave birth to my baby in 2018 after seven years of marriage. I went through hell before I had my child. I had eleven miscarriages before I had my son. After then God had mercy on me and my family. I think it’s not too much to stay a year and take care of my boy. I will go back to acting very soon because my son is a year already.”

On marriage and baby mama trend, the UK based actress said; “Definitely every woman should be married, its good to be married, its good to have kids in a right way, with your husband by your side because that kid needs a dad so it’s good to be married. Whosoever that chooses to be a baby mama, I will say you have got no life. I understand those who became victims of rejection by men and leave them to take care of the kids, that is understandable, but choosing to be a baby mama, its not a good life.”

When asked what should be more important to a woman; love, money, power or sex, Mrs Aderemi said;

“I give it to power, to be honest, love, money and sex is important but what matters most is power, when a woman is powerful, everyone will love you, people will love to be around you, people will bring money to you just to have access with important people and sex will be the cheapest thing. So I will say power is the ultimate among it all.”

MORE READING!  #BBNaija: I have done liposuction, I don't care if you use it against me, Nengi says (Video)
Related Topics:Actress Linda Adedeji AderemiChild birthmiscarriageNollywood actress
Up Next