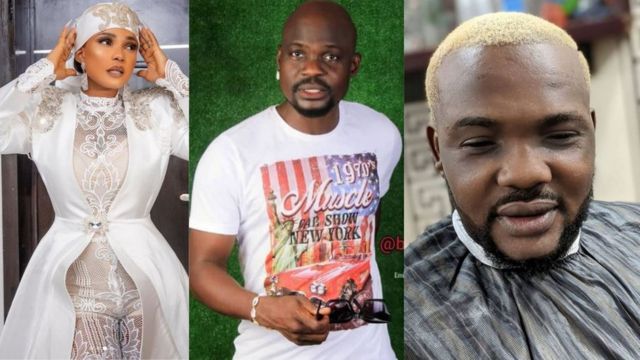 Following Yomi Fabiyi’s online call out and subsequent cuss by Iyabo Ojo over the rape allegations against their colleague, Olarewanju James a.k.a Baba Ijesha, the actor replied the mom-of-two.

Fabiyi said he would not stoop low to fight the actress because he always uses his common sense at all times.

According to Fabiyi, he does not want to engage in social media drama because there is no dignity in fighting whoever is already on the floor.

WuzupNigeria reported that Iyabo Ojo released a video where she cussed Yomi for asking people not to condemn Baba Ijesha because he’s yet to be proven guilty.

“There is no dignity fighting whoever is on the floor. The only time you see any colleague come out to cast aspersions on a falling colleague or any in crisis or on trial is because they believe nobody can do anything for them, se ranti Oluwa nbe (Remember God)… I am an African and a vanguard of Human rights, fairness and justice. And no evil plot or device can define me differently. I don’t support evil or crimes against children and women.

“But I always activate my common sense and conscience in all matters.” 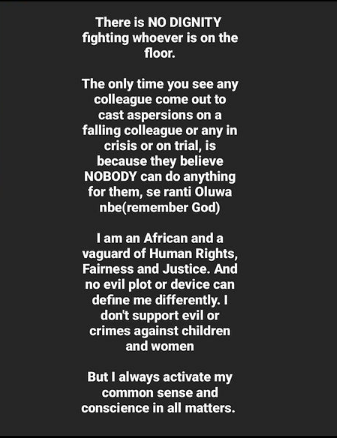 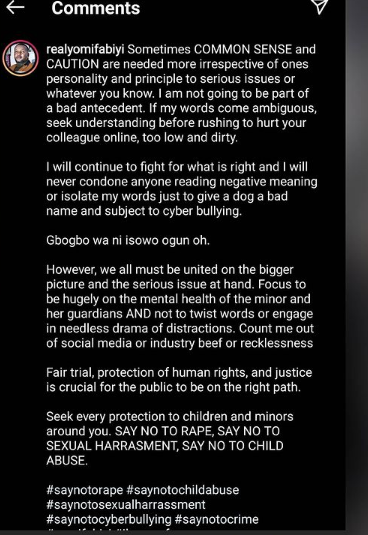