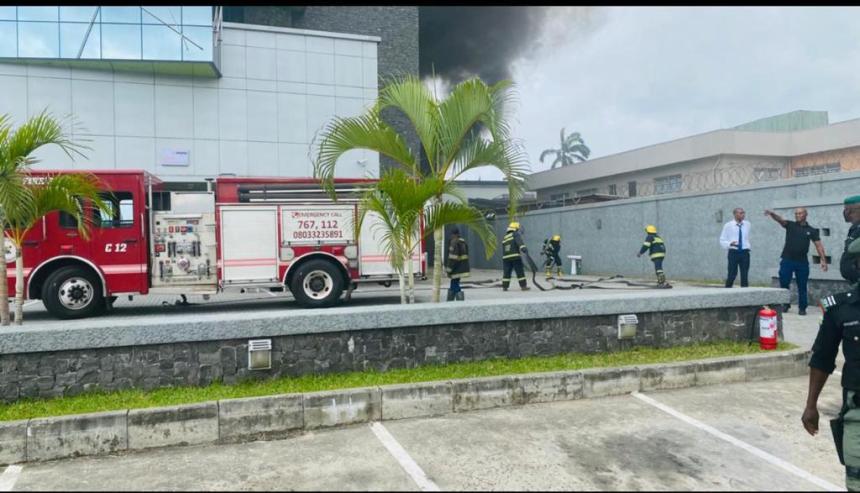 Access Bank PLC on Wednesday commended the  Federal Fire Service and Lagos State Fire Service for their support in controlling a fire outbreak that occurred at its branch at Adetokunbo Ademola, in Victoria Island, Lagos earlier in the day.

The Group Head, Corporate Communications, Mr. Amaechi Okobi, who commended the organizations in a statement, said that there were no casualties in the incident.

The bank in a message on its tweeter handle shed more light on the incident, saying the cause of the fire was a diesel truck discharging fuel.

Okobi, in his statement, however, said that investigations were on to determine the immediate cause of the fire outbreak.

He said that upon completion, the Bank would establish updated protocols to avoid a recurrence of similar incidents.