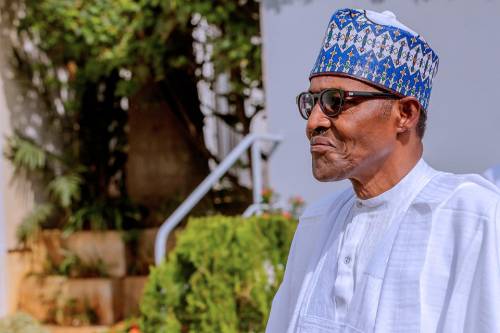 The President Major General Muhammadu Buhari (retd) has described the death of the personnel involved in the Abuja crash as an “unfortunate loss”.

All seven passengers on board the Minna bound Nigerian Air Force (NAF) Beechcraft KingAir B350i aircraft lost their lives on Sunday after the jet crashed due to engine failure.

Reacting through his Senior Special Assistant on Media and Publicity, Garba Shehu, Buhari sent condolences to the families, friends and colleagues of the seven victims.

He said: “Deeply saddened by the fatal crash of the @NigAirForce KingAir B350i aircraft today in Abuja, that claimed the lives of seven personnel. On behalf of the Federal Government, I extend heartfelt condolences to family members, friends and colleagues of those who died.

“I join the Nigerian Air Force, the military & all Nigerians in mourning the unfortunate loss of our dedicated & courageous personnel, who died in the line of duty. I pray that God will comfort the bereaved families & the nation, and grant the souls of the departed peaceful rest.”

He said, “This is to confirm that a Nigerian Air Force (NAF) Beechcraft KingAir B350i aircraft crashed while returning to the Abuja Airport after reporting engine failure enroute Minna. First responders are at the scene. Sadly, all 7 personnel on board died in the crash.”

Speaking further Daramola revealed that Chief of the Air Staff – Air Vice Marshal IO Amao, has ordered an investigation of the incident.

He sent condolences to the family of the deceased, urging Nigerians to remain calm and await the outcome of the investigation.

“The Chief of the Air Staff (CAS), @CAS_IOAmao, has ordered an immediate investigation into the incident. While urging the general public to remain calm & await the outcome of investigation, the CAS, on behalf of all NAF personnel, commiserates with the families of the deceased,” Daramola concluded.