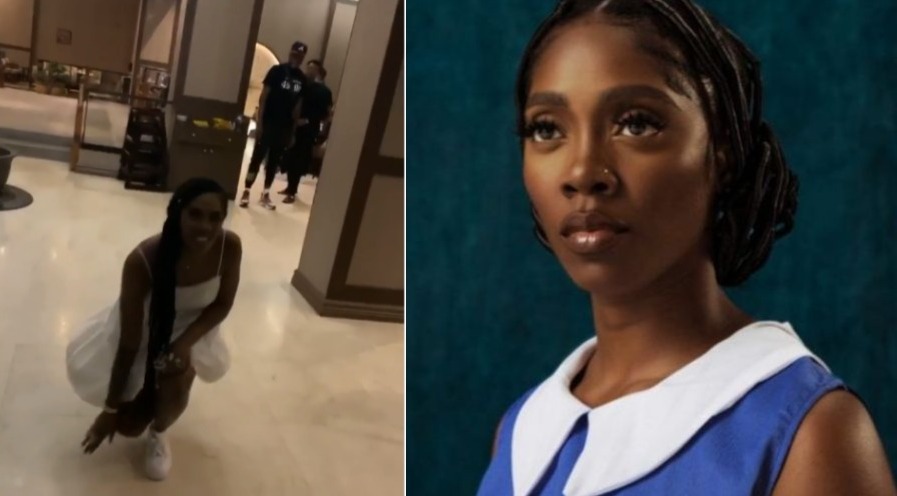 Exactly a week after she was accused of being discourteous, Tiwa Savage seems to adopted a new level of courtesy as she was seen in a viral video kneeling down like a typical Yoruba lady to greet Soundcity presenter VJ Adams during an encounter on Friday.

TV presenter and football analyst, Charles Anazodo, sparked social media uproar last Friday after accusing Tiwa of lacking courtesy over claims that she did not greet him and a colleague during her visit to Beat FM in Lagos.

Tiwa had defended her action by saying she was late for her interview and didn’t notice the duo, she then called his bluff by saying why didn’t he greet her first.

The war of words between the duo sparked a debate among social users last Friday and became a trending topic on Twitter.

Just a week after, Tiwa was seen in a video shared on VJ Adams’ Instagram page on Friday as she went down on her knees greeting and whimsically demanding for school fees.

In the footage filmed at a hotel lobby, she was heard saying in Yoruba language:

“Ekaale sir, b’awo ni everything” (Good evening sir, how is everything?)