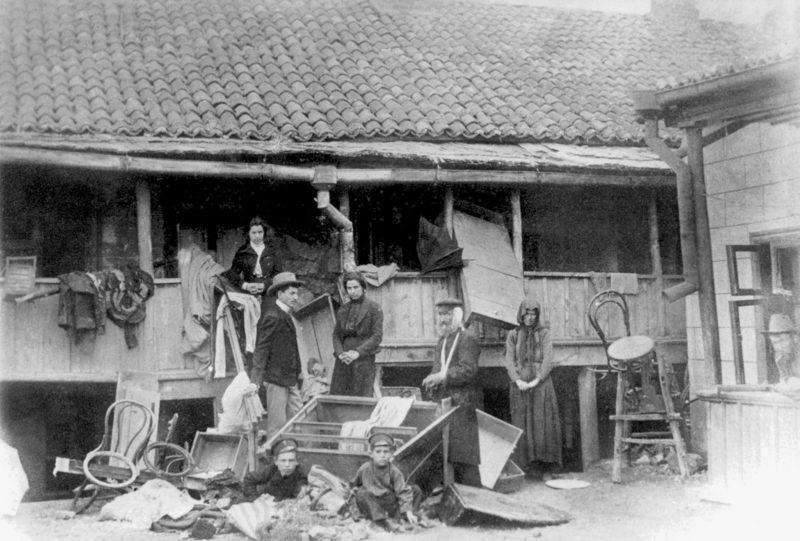 The presidents of Austria, Germany and Israel on Monday published a joint video message vowing to stand together against hatred, anti-Semitism as they commemorated the 82nd anniversary of November 1938 Pogrom.

The event which is also known as Kristallnacht or the Night of Broken Glass as streets in Nazi Germany were covered with the debris from the shattered windows of Jewish properties that were attacked.

“Eighty-two years since Kristallnacht and the dark shadows of the past has not disappeared from our streets,” according to the joint video message by Israeli President Reuven Rivlin, German President Frank-Walter Steinmeier and Austrian President Alexander Van der Bellen.

The video clip was published on social media as part of a global event which will see the illumination of houses of worship around the world later on Monday.

The walls of the Old City of Jerusalem will also be lit up with messages of hope from world leaders, religious figures, Kristallnacht and Holocaust survivors as part of the “#LetThereBeLight’’ campaign launched by the March of the Living organisation.

Hundreds of synagogues and Jewish-owned businesses were looted and set on fire, tens of thousands of Jews publicly humiliated and deported, and at least 100, but possibly as many as 1,300, murdered in the pogrom that started on Nov. 9, 1938.

German Chancellor Angela Merkel called Nov. 9, also the anniversary of the 1989 fall of the Berlin wall a reminder of “the worst and the best in our history.’’

She called the Nazi pogrom a source of “shame’’ for the country.

Her government’s commissioner for anti-Semitism said Germany had failed to keep the memory of victims alive.

“The general indifference and subservience towards discrimination which also took place in Germany is a failure which we must address in order to come to correct conclusions,’’ Felix Klein told the rbb radio broadcaster.

“We have unfortunately not overcome anti-Semitism, not even after 1945,” he said, urging the victims of modern-day anti-Semitism to come forward.

MORE READING!  Gowon reacts to claim that he left with half of Central Bank of Nigeria