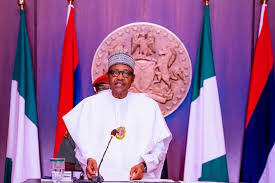 At least 18,000 youths from Ondo State will be empowered under the Federal Government’s Extended Special Public Works (ESPW) designed to cushion the effects of COVID-19 crisis in the country.

The Acting Director General, National Directorate of Employment (NDE), Mallam Abubarkar Fikpo, disclosed this on Friday in Akure at the inauguration of the programme.

It was reported that the Federal Government on Jan. 5, introduced the 774,000 jobs saying 1,000 youths in each local government area of the federation would benefit from it.

Fikpo, who was represented by Mrs Funmilayo Kila, Deputy Director, Small Scale Enterprise Department of NDE, said that the 774,000 jobs were borne out of the need to address some of the hardships associated with the pandemic.

According to him, the programme is a special public works designed to create transient jobs for unskilled, semi-skilled and even graduates of tertiary institutions.

“It seeks to engage participants during dry season/off season in menial jobs ranging from utility, environmental, infrastructural to sanitation. It is essentially labour-based-light-equipment programme.

“The programme will last three months and each participant is entitled to N60,000 at N20,000 monthly payment,” he said.

Earlier, Gov. Oluwarotimi Akeredolu of Ondo State had lauded the Federal Government for its various intervention programmes that led to the creation of jobs and the empowerment of the unemployed persons.

The governor called on beneficiaries to work hard at achieving the objectives of the programmes.

He said that his administration would continue to put in place poverty alleviating and job creating programmes to ensure that the unemployed in the state were productively engaged.

Akeredolu said his administration had leveraged on the state’s agrarian potential to engage several unemployed youths in its Youth Agricultural Employment programmes, while others went into Entrepreneurship Skill Acquisition programmes.

Also speaking with newsmen, Mr Tayo Alasoadura, the Minister of State for Niger Delta, said that President Muhammadu Buhari was uncomfortable with the poverty level in the country.

“Mr President is desirous of taking 100 million people out of poverty in this country. You will notice that all that he is doing are all palliatives and not permanent.

“As soon as the economy improves, more concrete things will be done. Buhari is concerned about the poverty level in this country,” he said.

A beneficiary, Bamidele Babasuyi from Okitipupa , speaking with newsmen, described the programme as a laudable one with a transparent selection process.

According to him, the selection is apolitical because he does not belong to any party, yet he was chosen as a beneficiary.

He also advised co-beneficiaries to take the work seriously as it could change their lives forever.