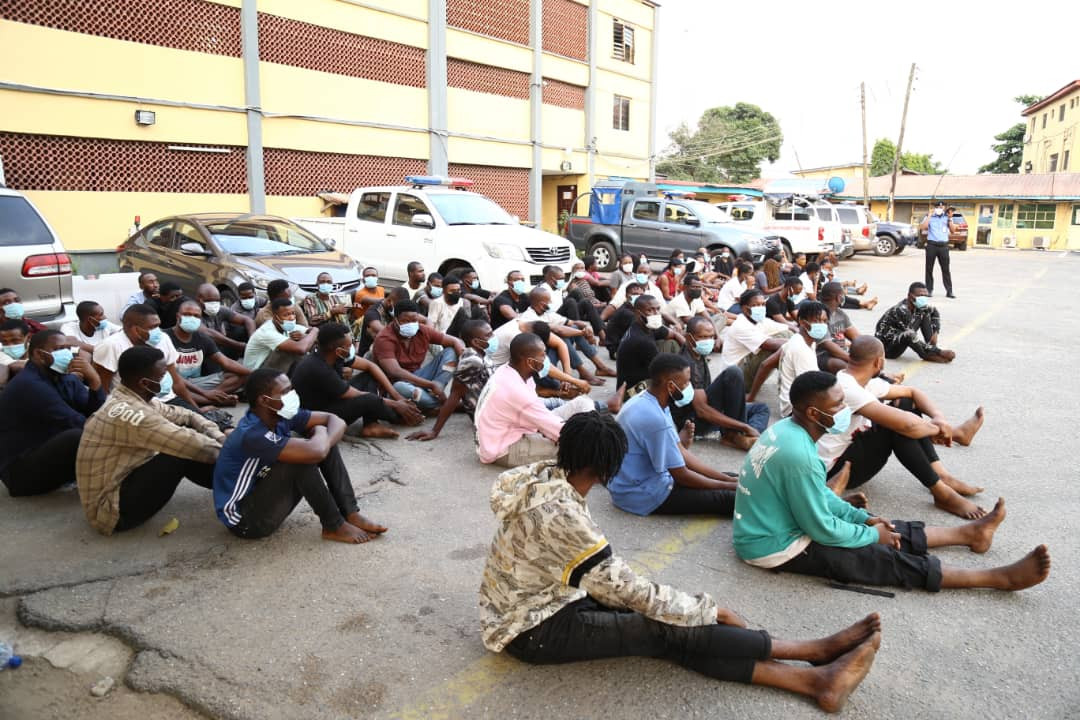 The arrest is contained in a statement signed on by the command’s Public Relations Officer, CSP Olumuyiwa Adejobi.

“The Divisional Police Officer, Maroko Division, led his team on enforcement of COVID-19 protocols on the 12 midnight to 4 a.m curfew when he got wind of the party gathering.

“This led to the arrest of the party-goers at about 1 a.m on the island,” the police spokesperson said.

He said that the police division also impounded more than 136 vehicles for breaking the 12 midnight to 4 a.m curfew on the island and some parts of Lekki in the recent past.

“The owners of the vehicles have been charged to the Mobile Court, Oshodi and have been fined appropriately,” Adejobi said.

Similarly, he said that the Commissioner of Police, Lagos State, Mr Hakeem Odumosu sealed up an event center at John Ogunnaike Street, Ikeja and arrested the party goers for non-compliance with COVID-19 protocols.

Adejobi said that approval for the party was for 100 guests which was to be held outdoors and not indoors.

“However, the party had more than 300 guests in the hall contrary to the safety commission’s approval.

“The place has been sealed up and the organizers have been arrested,” he said.