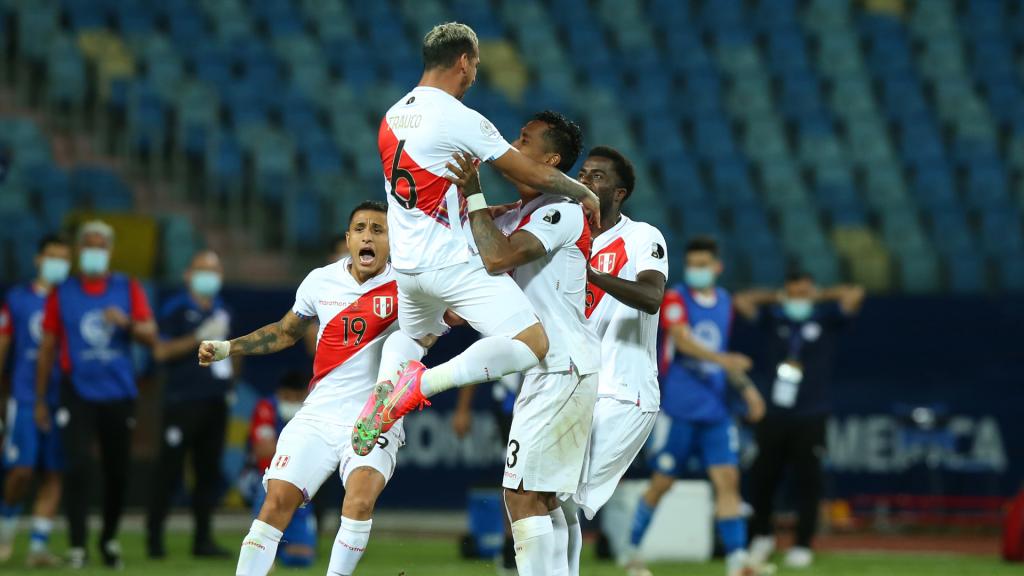 It was a dramatic tie, which finished 3-3 after normal time and saw both teams receive red cards.

Peru recovered from a goal down, thanks to Gianluca Lapadula’s first-half double at Estadio Olimpico Pedro Ludovico where Gustavo Gomez had given Paraguay an early lead on Friday.

Paraguay lost captain Gomez to a controversial second bookable offence just before half-time, yet they hit back through Junior Alonso’s strike early in the second half.

Yoshimar Yotun appeared to have won the game for 2019 runners-up Peru with a deflected goal 10 minutes from time.

But Andre Carrillo was also dismissed and substitute Gabriel Avalos levelled up in the final seconds to send the contest to penalty kicks.

Following the script of the previous 90 minutes, the shoot-out was equally as eventful as four players failed to convert from 12 yards.

But the drama was ended when Miguel Trauco tucked away the decisive spot-kick to set up a semi-final with defending champions Brazil or two-time winners Chile.