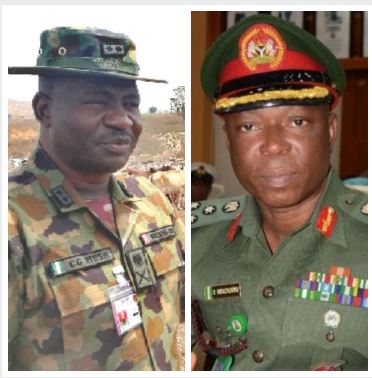 The Nigerian Army on Thursday announced the appointment of Brigadier General Onyema Nwachukwu as its new spokesman.

Nwachukwu replaced Brigadier General Mohammed Yerima, a one-time director of defence information, who was appointed into office in February 2021.

In the same vein, the army has engaged Major General C.G. Musa as the new Theatre Commander of Operation Hadin Kai North-East Region.

Tribune reported that Musa takes over from the current Chief of Army Staff, Major General Faruk Yahaya, who replaced the head of the Nigerian Army following the death of Lieutenant General Ibrahim Attahiru in an ill-fated plane crash in Kaduna recently.

#EndSARS protesters wanted to remove me from office – Buhari

APC will choose my successor, not me – President Buhari