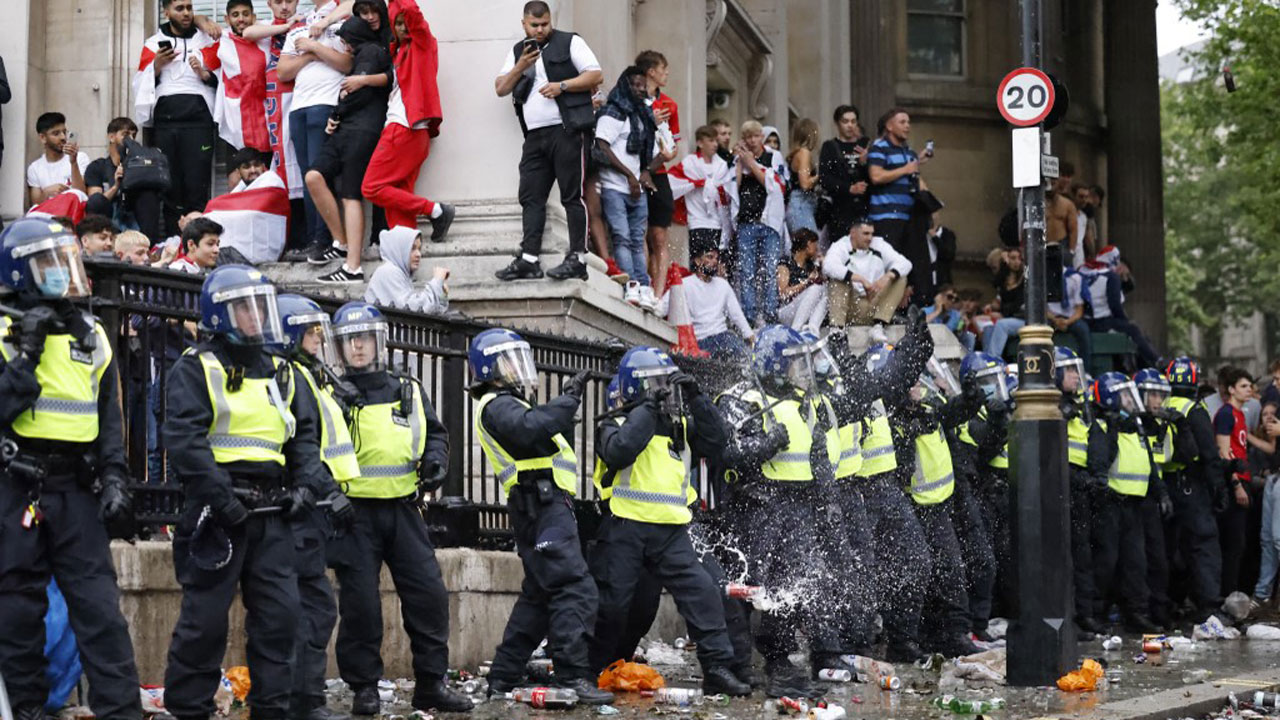 The Metropolitan Police said early on Monday that a total of 49 people were arrested during a policing operation for the football match “for a variety of offences.”

“Frustratingly, 19 of our officers were injured while they confronted volatile crowds. This is wholly unacceptable,” the police force said on Twitter.

The Met Police also thanked “the tens of thousands of fans who had good spirits and behaved responsibly.”

Italy beat England 3-2 on penalty kicks to win the trophy at Wembley late Sunday for their second continental title.

Related Topics:EURO 2020 final
Up Next