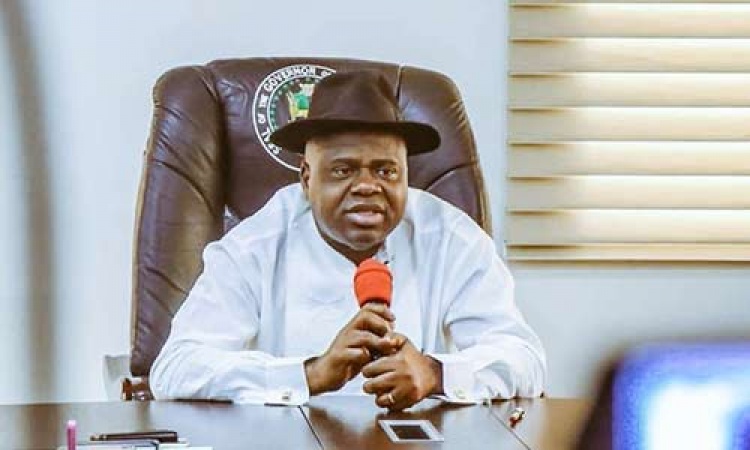 Gov. Douye Diri of Bayelsa State on Sunday expressed his support for electronic voting as a solution to Nigeria’s electoral challenges.

Speaking at a grand reception in his honour in Sampou Community in Kolokuma/Opokuma Local Government Area, Diri said that although electronic voting might not solve all of the nation’s electoral problems, it would significantly reduce the challenges.

A press release by his Chief Press Secretary,  Daniel Alabrah, quoted the governor as recalling with displeasure the electoral malpractices that characterised the 2019 governorship election in Bayelsa.

The governor who ascribed his victory to God Almighty, saying that the Lord showed Himself in his case as the only one who gives power.

He also singled out his predecessor, Senator Seriake Dickson, for praise, saying he stood his grounds against all odds to ensure he emerged governor.

Diri expressed gratitude to the people of his Sampou community for the honour done him just as he appealed to people of the state to be patient and support his administration.

The governor assured them of development in all sectors.

“My leaders, my elders, my brothers and sisters, I appreciate you for the love and honour you have shown me. The colourful reception you have organised in my honour, I say thank you. I bring a message of love and hope.

“Yes, our take off as a government was very turbulent. But we have flown above the turbulent weather. Now we are stabilising and the testimony is all across the state. I only ask for your support.” Diri said.

Earlier, the state Deputy Governor, Sen. Lawrence Ewhrudjakpo, appreciated the people of Sampou for the reception in honour of their son, whom he described as a divine blessing to Bayelsa State.

He also called for patience and support for the administration, assuring that its prosperity agenda is guaranteed.

Earlier in their separate remarks, chairman of the reception planning committee, Chief Isaac Kumokou, and chairman of the event, Retired Rear Admiral Geoffrey Yanga, both thanked the people of the state for their roles in ensuring that Senator Diri emerged as governor and expressed optimism that he would deliver development to the state.