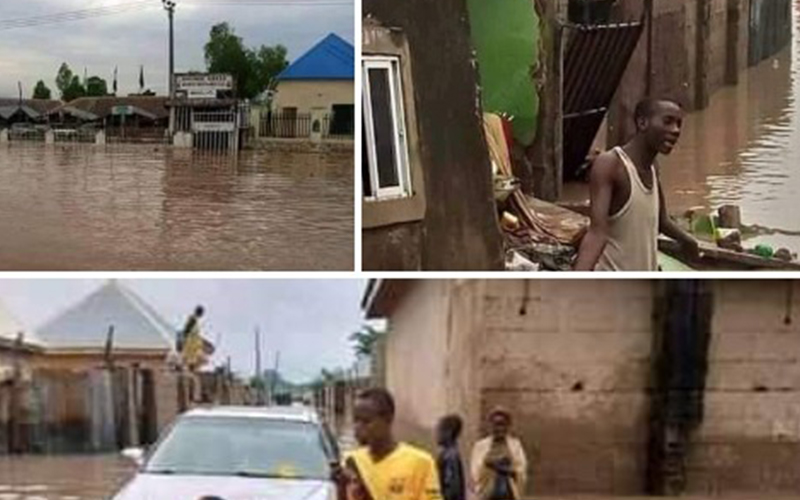 More than 300 villagers have had their houses submerged in several communities in Jalingo, the Taraba State capital, as Cameroon opens dam.

ChannelsTV reports that the flooding which began on Saturday morning started after a heavy downpour as villagers pointed fingers at the release of water from Labdo dam in Cameroon.

Although there has been no report of any casualty, residents watched helplessly as business centres, vehicles, worship centres and schools were submerged by the flood.

According to reports, Red Cross officials have arrived in the flooded areas to provide emergency help for affected residents.

While residents seek the government’s intervention following the flood, the Chairman of Jalingo Local Government Area, Nasiru Boboji, appealed to the Federal Government to collaborate with Cameroon, in order to intimate residents whenever the Labdo dam will be opened to avoid such casualties.