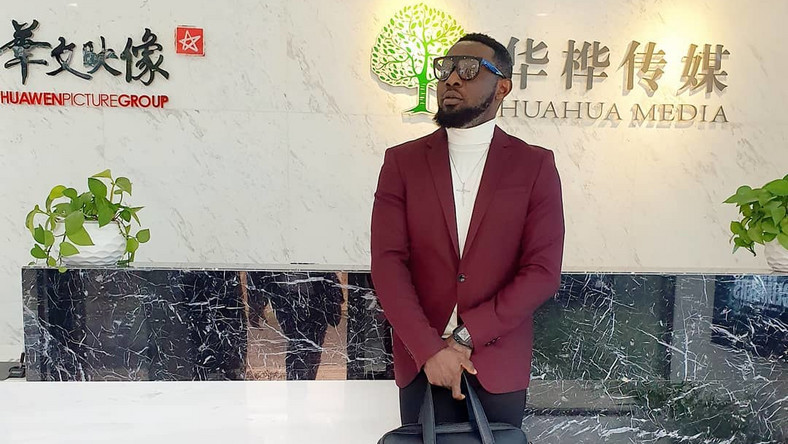 According to CNN, Huahua signed a deal to co-produce 30 days in China, with Nigerian comedian Ayo Makun, popularly known as AY.

The film is part of Makun’s comedy franchise, which includes ’30 days in Atlanta’ and ’10 days in Sun City,’ where he films adventures in new countries.

Slated for release next year, it will star AY, alongside other Nollywood big names as well as Chinese actors.

China has now passed France, India and the United States as Africa’s largest trading partner, with billions of dollars invested in railway, manufacturing and TV.

In 2018, the volume of Chinese trade in Africa was $204 billion, according to China’s ministry of commerce.

Now the world’s second largest movie market is turning its sights to one of the world’s most prolific film industries, which churns out thousands of mostly straight-to-DVD films a year.

“We will be exposed to a lucrative and moving Chinese film market. It’s like skipping many hurdles and getting access to an existing mature market,” he said.

“The idea of the partnership is that beyond their willingness and their interest in Africa is their capacity. Huahua has equipment, we visited their facility in China and we are going to be accessing that for production…collaborations like this will enhance our filmmaking craft,” Babatope told CNN.

Kefei Wang, President of Huahua Media said investing in Nollywood was of “major importance” to his company as well as working with the “abundance of talent and the possibility of creating masterpieces with collaborations.
MORE READING!  Where is your Lolo Regina Askia asks Alexx Ekubo after he became titleholder
Related Topics:30 days in ChinaAY MakunNollywood
Up Next

Movie on Michael Jackson’s life reportedly in the works

Game of Thrones: I was pressured to do nude scenes, says Emilia Clarke