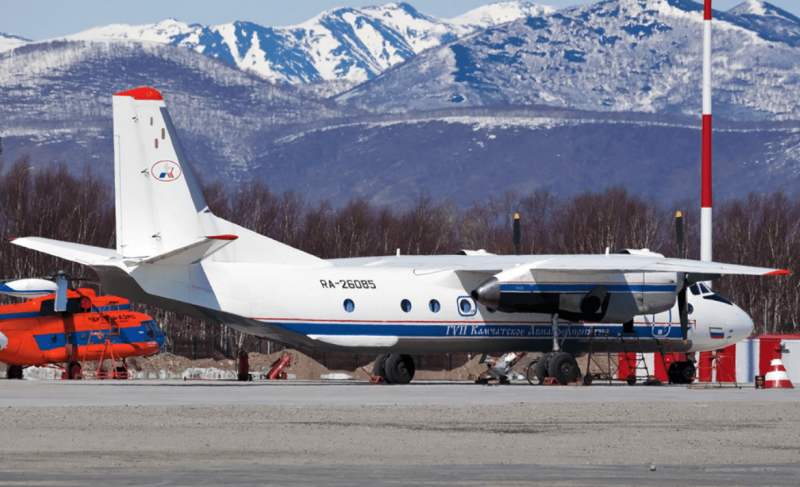 A six-year-old child and twenty-seven other people have died after a plane conveying them crashed into the sea after vanishing from radar in a remote area of east Russia.

The An-26 twin-engined propellor aircraft had set off from regional capital Petropavlovsk-Kamchatsky and was heading for the village of Palana in the north before losing contact with air traffic control, according to the emergencies ministry.

The governor of Kamchatka, Vladimir Solodov, said that the main body of the plane was found on the coast, while other wreckage was found in the sea right near the coast, Metro UK reports.

A source in the emergency services told the TASS news agency: ‘The plane hit a hill before crashing, which led to the destruction of the plane.’

Earlier, ships, helicopters and aeroplanes were dispatched to search for survivors and any signs of wreckage.

However, according to reports from Russian news agencies, official sources confirmed that all 22 passengers and six crew members on board died when the plane went down.

Officials said a six-year-old child was among the passengers, as well as the head of the local government in Palana, Olga Mokhireva, 42.

The pilot was named Dmitry Nikiforov, and the co-pilot Alexander Anisimov, 27.

As of the time of filing this report, a criminal investigation has been launched into the incident.