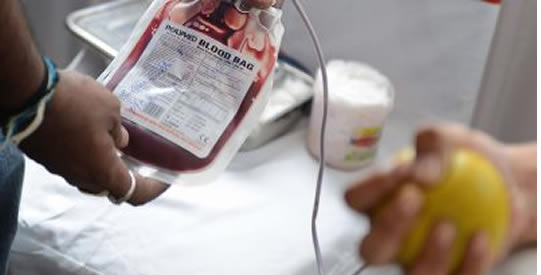 A 27-year-old lady has discovered that the persons who raised her as their child are not her biological parents.

She discovered the shocking truth when she donated blood for the first time at the age of 22.

Austrian citizen, Doris Grünwald, discovered that her blood was not Type A negative, as she had previously thought; and this triggered the realisation that she could not be related to the couple who had raised her.

A DNA test confirmed Doris’ worst fears — her mother and father were not her biological parents.

The family now firmly believes the mistake was caused by a hospital mix-up in the hours after her birth on October 31, 1990.

This week, a regional court ordered Austria’s hospital association to pay 30,000 euros for the pain caused by their “gross negligence” and so the 27-year-old can be formally adopted by the people she always thought were her parents, according to The Sun.

Meanwhile, Doris has taken to social media to try find her biological parents and the other young woman affected by the unimaginable error.

“Since the hospital still denies that a child interchange had happened with them and we have not yet found our biological parents or child, I am also trying to do this,” she wrote in a Facebook post.

“If someone feels touched or has a hint, I would be very grateful for a contact.”
Doris’ impetus to find her counterpart was increased last year when she discovered she was pregnant herself.

“It is no longer just about me, but also about my unborn child,” she told Krone in an interview in 2016.

“Are there hereditary diseases that I should know about? This is important for me.”

Her supposed mother, Evelin Grünwald, gave birth in the University Hospital Graz by caesarean section; and because of birth complications, was administered a full anaesthetic, according to Krone.

She did not meet her supposed baby, Doris, until 20 hours later and believes it was during the intervening period that the two newborns were interchanged.

Despite denying their wrongdoing, the hospital has offered free DNA tests to anyone who could logistically be the other party involved, according to The Local.

So far, 30 women have been tested, but no match has been found.

While Evelin admitted she could “live well without this information,” she made it clear she would be there for both her adoptive and biological daughter in the long term.

“If my daughter wants to know where she comes from, I naturally support her in the search.

“The bond we have is anyway unique, which we will never be able to have with another human being.

“One could, in the ideal case, win another child,” she said.