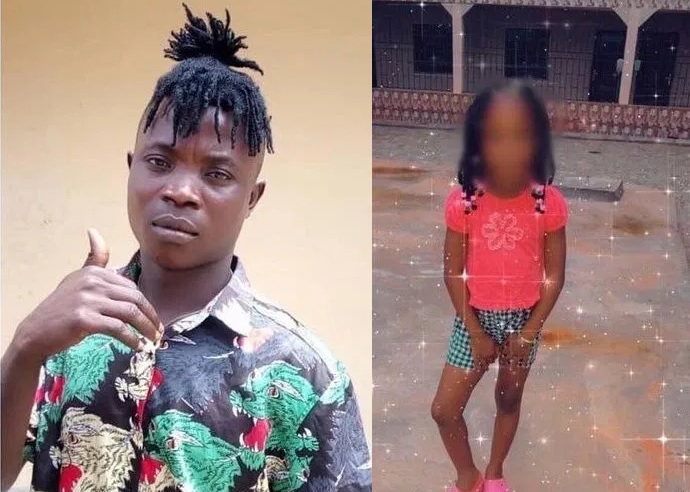 A Delta man is currently on the run after allegedly raping a seven years old girl during the #EndSARS in Abraka, a suburb of the state.

The 26-year-old alleged rapist, identified as Wisdom, allegedly committed the act on the 26th of October, 2020.

Reports claimed efforts to get the Police to arrest and investigate the suspect proved abortive.

According to Warri Aproko, medical reports showed that the suspect injured the little girl badly.

Residents of the area have then taken to social media to call on the Delta State Commissioner of Police (CP) Hafiz Mohammed, to give a marching order to the Abraka Divisional police officer to fish out the suspect.

I will wipe-out you and your generation, policeman threatens journalist, ill daughter