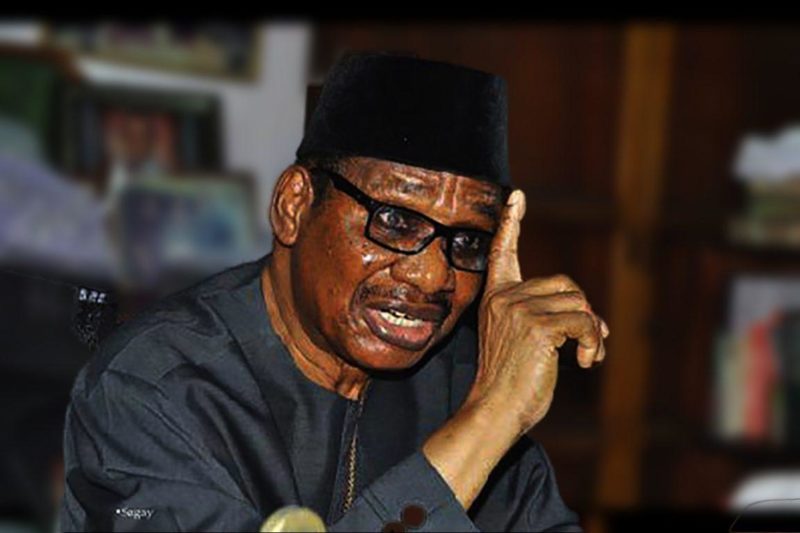 The Chairman of Presidential Advisory Committee Against Corruption (PACAC), Prof Itse Sagay, has warned those clamouring for jettisoning of rotation of presidency to rest such idea, as zoning is an arrangement that assuages the feelings of the people, and gives them the confidence that they have a role in the affairs of the country.

The PACAC boss made this known while hinting that there were plots to keep the presidency in the North in the 2023 election.

He made this known in an interview with THE SUN.

Asked between rotation and competence, which should come first in the consideration of who becomes the president in 2023?

“People should not be too clever because I’m seeing some cleverness in those who are now talking of competence. I would be more comfortable with them saying that, if the part of the country from which they do not come has spent eight years, then if they talk of competence I would take them very seriously.

If this is an arrangement that assuages all the feelings of the people to give them the confidence that they have a role in running the country and that their side of the country is respected in a manner that things are done and organised in the country, then that political peace and quietude that rotation brings is worth it and be respected. Either side has competent people.

“Those who are calling for competence should say, let somebody who is competent from the side, in this case, the South come out and we support that person, otherwise, there will be room for suspicion that we are dealing with irredentism or some sort.

Sagay, also warned that Edo might witness bloodshed if the September 19 governorship election in the state is not properly handled.

Speaking on the Justice Salami Panel probing Magu and the EFCC, he said he has nothing at all against the panel, and that he has the greatest respect for Justice Salami, saying that what he criticised were two things: One, most members of the panel came from agencies that are in fact the accusers of Magu, that is contrary to normal principle of fair hearing.

The second is: Those who petitioned made their cases when he wasn’t there, and after they had finished, then he was asked to make a response and that is the information I have; again that is contrary to all our procedures in the common law. In accordance with the constitution, when somebody is accusing you of something, you are supposed to be present; first, you are to be served in advance of whatever you are accused of, then you will be there when the person is making a case, so that you have an opportunity of challenging him, cross examining him and exposing any lies or inconsistency if there are. Those are what I criticised, the procedures of the exercise.

Asked about the revelations coming out from NDDC and other agencies, and what would be his advice for the president, he said “NDDC has been rotten.

I won’t say from the beginning, as the first three or four years appeared to have been okay, but since then, it has been a rotten edifice, which people who have aspirations to become wealthy overnight have hung their claims.

People from all over the country, including Niger Delta people themselves, don’t give a hoot for the purpose of which NDDC was established, which is to develop the Niger Delta area and bring them out of misery, to provide them with the modernity of life, to compensate them for what they are contributing to the country so that they have a good standard of living; they don’t care about that.

“These people from the beginning have gone there to share whatever it is that is available for the NDDC and they have a few projects here and there, pretending that something is being done when in fact the bulk of the resources is being shared by individuals at the expense of people of Niger Delta. The whole edifice is rotten, it is such a terrible shame, it shows very low standard of humanity among us.

He, however, demanded that the interim committee should be dissolved and that the minister of Niger Delta should be made to resign or should be sacked.

On loan borrowing, he opined that the nation is still within the level of borrowings by comparing the borrowings to the GDP. We have to trust people.

Sagay said every kobo borrowed by Buhari’s government is channelled into some productive activity, which eventually is going to yield the money we will use in paying back the loan.

“As long as we have not exceeded the level of borrowing our economy can carry and the money is being productively directed such that we are going to have the tolls to generate money that we use in paying back the loans, then I’m not worried” he said.