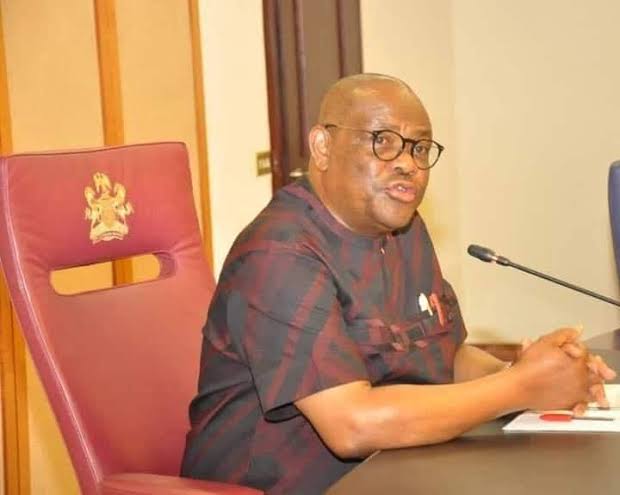 Rivers State Governor,  Nyesom Wike,  has warned that no one can impose the candidate kn the Peoples Democratic Party ahead of the 2023 elections.

The PUNCH reported that Wike made the disclosure at a special thanksgiving service in commemoration of the second anniversary of the second tenure of his administration at the St. Paul’s Cathedral, Diobu, Port Harcourt, on Sunday.

Speaking further, the governor made it clear the no one from the state capital, Abuja, has the right to impose a candidate.

He also told those aspiring to be the party’s next candidate that he has not annointed anyone to succeed him on office.

He said, “Let me say it again, I have never sat with anybody to say I will make you governor. But, as a governor, nobody from anywhere, be it in the party, in Abuja, will impose who will be the candidate of PDP in Rivers State.

“Nobody can impose a candidate here in this state. So, if you are running to Abuja, you are wasting your time.”

The governor noted that the decision would about his successor would be made by leaders and stakeholders in the state at the appropriate time.

Wike, however, urged the Christian leaders in the state to pray for a rancour free transition ahead of the 2023 general election.