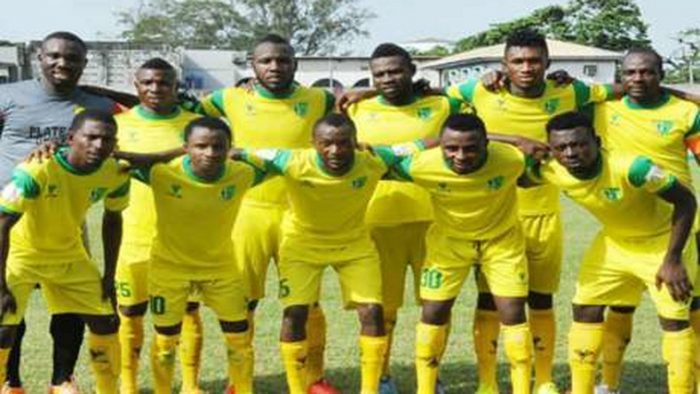 The management of the 2017 Nigeria Professional Football League (NPFL) champions, Plateau United FC of Jos, says its targeting to reach the semi-final of the 2020/2021 CAF champions league next season.

The club’s Media Officer, Albert Dakup, said in a statement that the General Manager, Pius Henwan, gave the pledge on the team’s preparations ahead of the 2021 soccer season.

Henwan said the team featured in the 2018 edition of the CAF champion’s league and the CAF confederations but failed to qualify for the lucrative group stage of the competitions.

“Now, all mercenaries are being put in place to ensure a successful outing in the competition this time around.

“The first step is to realize our objectives and this, we have done by recruiting six tested and experienced players to fortify the team.

“Seven players have been dropped due to expiration of their contracts and those who are desirous of playing time, which they failed to get in the team.

“Two more new players are expected to join the team soon as management intensifies preparations before the commencement of sporting activities by the relevant authorities,’’ the GM was quoted as saying.

“Our coach will stay for the next two years to enable him to continue with the good work he started with the team two years ago.

“For our CAF Champions League matches, efforts are on by the Plateau State Government to refurbish the Rwang Pam stadium to meet CAF standard to enable the team play before its home fans.

“We appeal for more support to the team as it flies the country’s flag in the CAF Champions League come 2021 season.

“The club is fully focused to put smiles on the faces of soccer-loving Nigerians,” says the GM

Related Topics:CAF Champions Leagues
Up Next