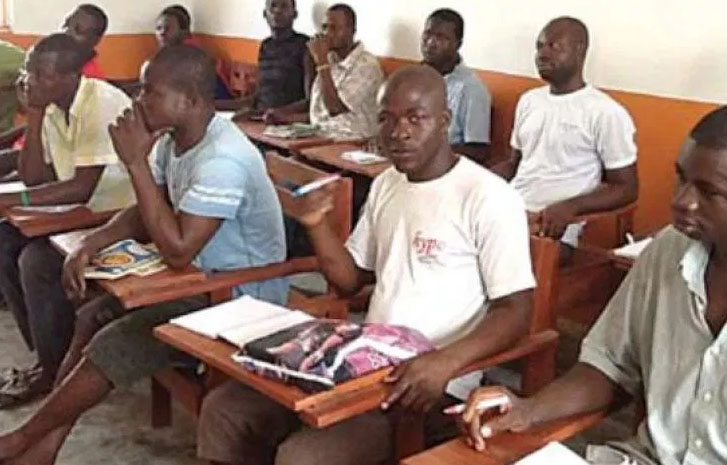 The Lagos State Command of the Nigerian Correctional Service on Friday disclosed that about 20 inmates have indicated interest to sit for the 2021 Unified Tertiary Matriculation Examination.

The statement was confirmed by Spokesman of the Nigerian Correctional Service in Lagos Command, Rotimi Oladokun.

According to NAN, the 2021 edition of UTME, which is conducted annually by the Joint Admission and Matriculation Board, would commence on June 5.

Oladokun was confident that the inmates would adequately prepare for the examination, despite the setback of an attempted jail break on the facility in 2020.

Recall that the inmates at the custodial during the 2020 #ENDSARS protest, attempted to set the facility ablaze in order to escape.

The ugly incident was, however, halted by the timely intervention of the military, Police and the Nigeria Security and Civil Defence Corps (NSCDC).

On their level of preparedness, Oladokun noted that many inmates indicated interest to further their education, having gone through several reform programmes.

He said a 60-year-old inmate was among the 25 others, who participated in the 2020 UTME at the correctional centre.

The prison official said that the new facility, where the inmates would write the examination, had reached 80 per cent completion and the computers and other items needed would be fixed soon.

“The inmates have equally shown determination and focus to excel.

“Some teachers have been slated to take them in various subjects as well as computer practice,” he stated.

The NCos spokesman commended the Minister of Interior, Mr Rauf Aregbesola, for the laudable improvements at the correctional services and further appealed for more equipment to boost inmates’ interest in furthering their education.

“More equipment is needed in the facility, to enable us accommodate more of the inmates who are interested in furthering their education.’’

Related Topics:20 prisoners to write UTME from Lagos correctional facilities - NCos
Up Next

31-year-old Ondo woman sells own baby, two others for ₦1.1m