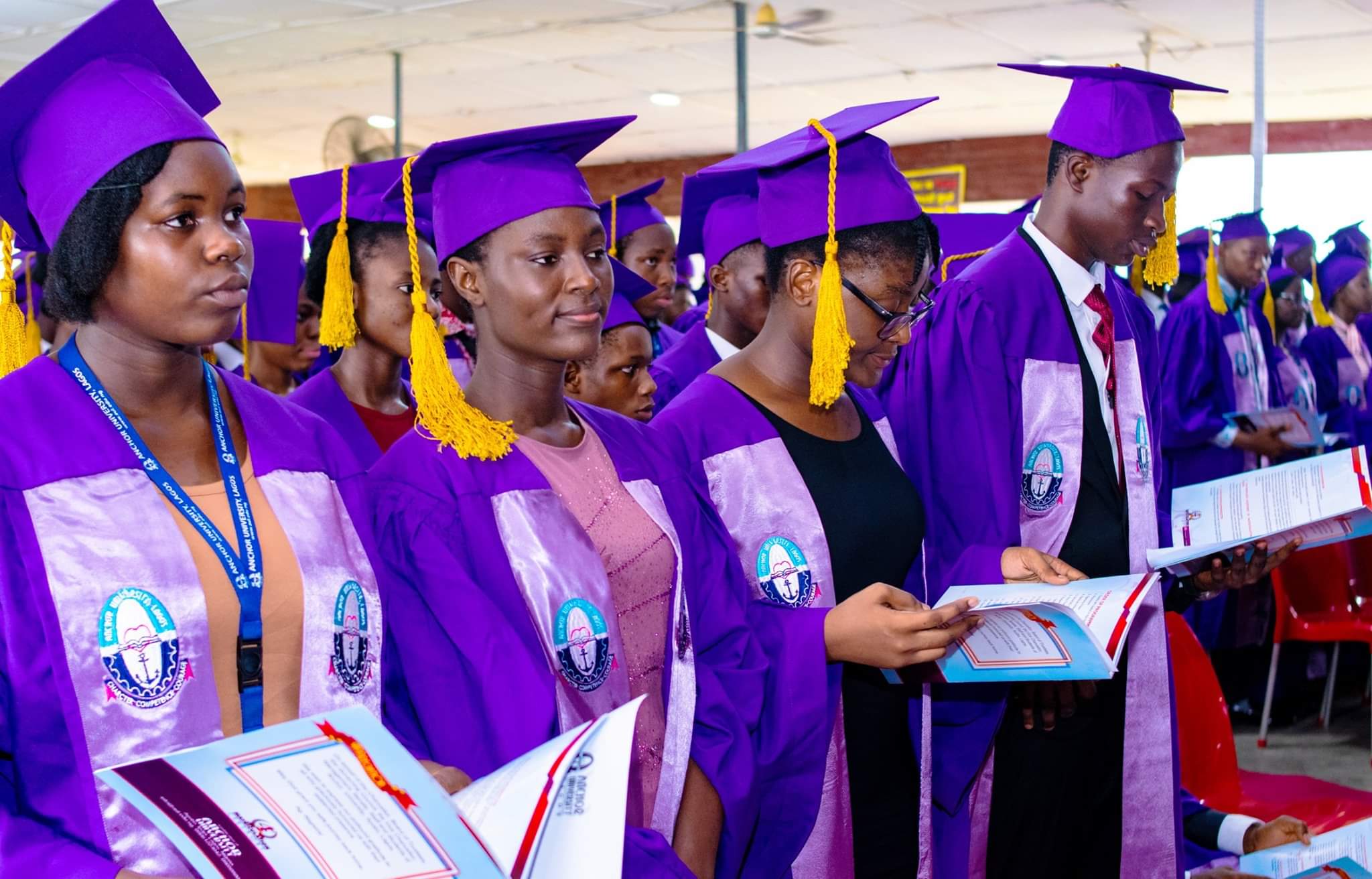 A 19-year-old student of Anchor University in Lagos, Mary Enakireru, has emerged as the best graduating student for the 2019/2020 class at the institution’s maiden convocation.

The Vice-Chancellor of the University, Prof. Joseph Afolayan, announced this at a news conference on the activities lined up for the institution’s maiden convocation, on Thursday in Lagos.

According to Afolayan, the convocation ceremony holds on Friday, July 9, ends with a special convocation service on Sunday at the Deeper Life Bible Church Headquarters in Gbagada, Lagos.

The VC said that Enakireru from the Department of Biological Sciences, Faculty of Science and Science Education, would be awarded a Bachelor of Science (BSc.) degree in Microbiology, with a Cumulative Grade Point Average (CGPA) of 3.95/4.00.

He said that the university operated a four-point grading system, adding that 23 of the 63 students would be graduating in the first-class upper division from the institution.

“After four years of meticulous training, mentorship, and commitment to the vision of being a citadel of learning for holistic human transformation and development, we are now set to release the first set of Anchor ambassadors to the world.

“For our maiden convocation ceremony, there are 63 graduands: nine from the Faculty of Humanities; 27 from Social and Management Sciences and 27 from Science and Science Education.

He noted that the institution had partnered with various institutions across the globe to improve the quality of learning as well as gain local and global relevance and recognition.

He expressed confidence that the graduates were capable of defending the results which had been approved by the university’s Senate.

“Anchor University graduates are now ripe for the corporate world to shine their lights through industries and nations,” he said.

Speaking further on activities lined up for the four-day event, Afolayan said that Prof. Peter Okebukola, Chairman of Council, National Open University of Nigeria (NOUN), would deliver the convocation lecture titled “Re-engineering the Youths for Leadership Imperatives and National Development.”

It began operations in February 2017 and currently runs 12 programmes in the faculties of humanities, social and management sciences, science and science education.