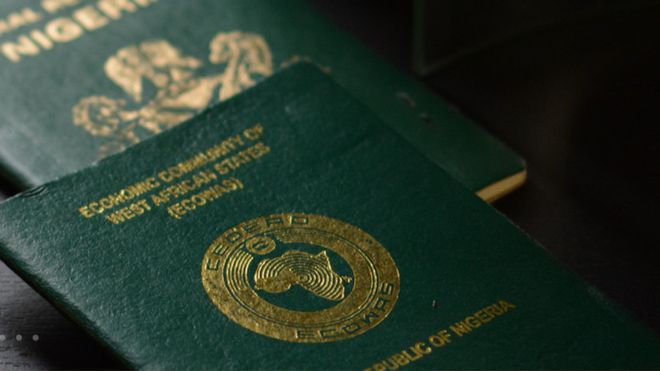 No fewer than eighteen Nigerians seeking to renew their passports were defrauded in the United Kingdom.

Abike Dabiri-Erewa, the Chairman/CEO, Nigerians in Diaspora Commission, who disclosed this in a statement, said the Nigerians paid between £200 and £350 to racketeers.

The statement which was signed by the agency’s Head of Media and Public Relations, Abdur-Rahman Balogun, and titled ‘NIDCOM boss commended the Nigerian Mission in the UK for efforts at stopping passport racketeering’, was issued on Tuesday.

Part of the statement read,

“Amb. Sarafa Tunji Isola upon resumption of duties held several strategic meetings with relevant staff of the mission to brainstorm on the best ways to address the incessant allegations of corruption and other negative reports on the issuance of the Nigerian passport in London

“As well as restoring the credibility of the mission in the process.

“These new efforts led to the discovery that 18 innocent Nigerians have paid between £200 and £350 to racketeers in their bid to urgently renew and acquire the Nigerian passport.

“The NIDCOM boss applauded the new Ambassador and his team in their quest to restore the mission’s credibility while urging Nigerian communities to always visit the mission on any matter concerning their stay in the UK and avoid patronizing touts.

“Dabiri-Erewa noted that the mission has confirmed the availability of sufficient passport booklets for deserving applicants.

“She joined the UK mission in appreciating the Comptroller General of the Nigerian Immigration Service for ensuring that adequate passport booklets are available at the High Commission.”