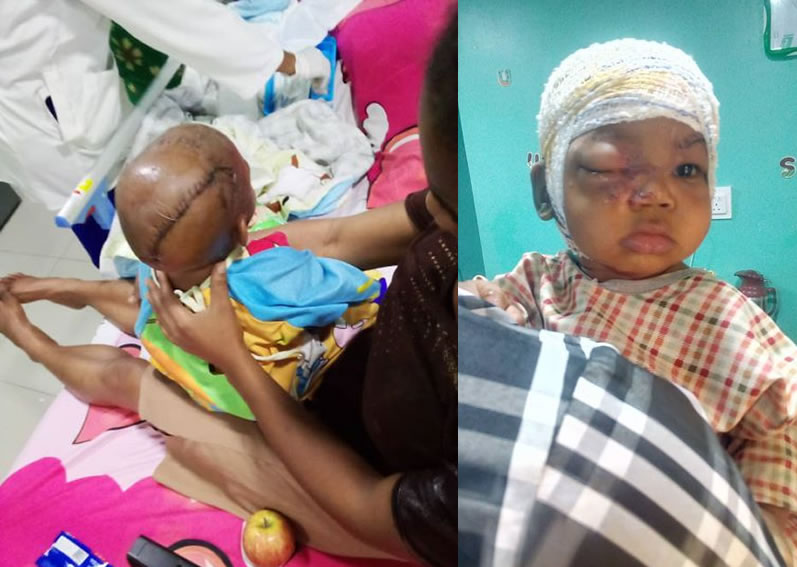 A 13-month-old baby, who was viciously attacked by a pitbull at Mambilla Barracks, Abuja, is recovering after a successful operation by doctors at Cedarcrest Hospital, in Apo District of Abuja.

Michael Duniya was viciously attacked by a pit bull at Mambilla Barracks, Abuja, on Tuesday, October 8.

The black dog reportedly broke free from its cage and wandered off into the block where little Michael was playing with his four-year-old brother.

Upon seeing the dog, his older brother immediately fled into the house, but Michael was not quick enough as the dog pounced on him.

The dog subsequently grabbed Michael by the head and pulled him about 30 metres away and had bitten him repeatedly.

A neighbour, who wished to remain anonymous, said she quickly raised the alarm.

The dog had to be killed before the baby could be rescued from its deadly grip.