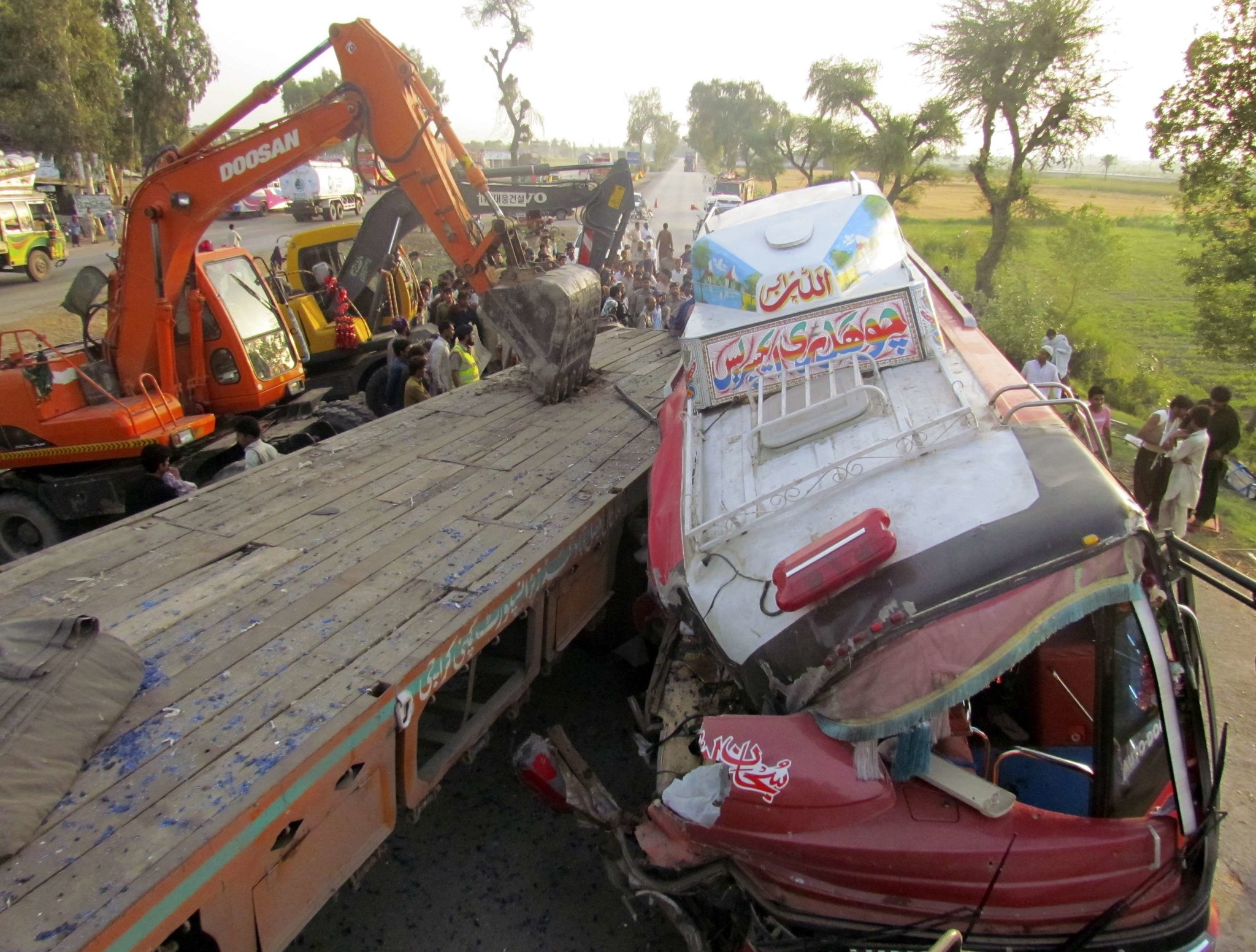 No fewer than 13 persons were reportedly killed and over 30 others injured when a passenger bus crashed in Sukkur district of Pakistan’s southern Sindh province in the wee hours of Thursday.

A Senior Superintendent of Police in Sukkur, Irfan Samo, confirmed that the bus was on its way to the country’s southern port city of Karachi when the road mishap occurred.

According to the News Agency of Nigeria, Investigation into the cause of the accident is underway but some sources disclosed that the bus driver lost control of the over-speeding vehicle in the course of negotiating a sharp turn.

A medical superintendent of the hospital, Pervaiz Akhtar, revealed that six people died on the spot while others who succumbed to injuries have been brought to the hospital.

Akhtar added that six of the injured were in critical condition and the hospital was providing the best possible medical treatment to them.

Local reports the passengers and were on their way back to work in Karachi after spending the Eid al-Fitr holiday at home before the unfortunate incident.

The government allowed inter-provincial public transport from Sunday, lifting a week-long ban on traveling between the provinces during Eid holidays amid COVID-19.