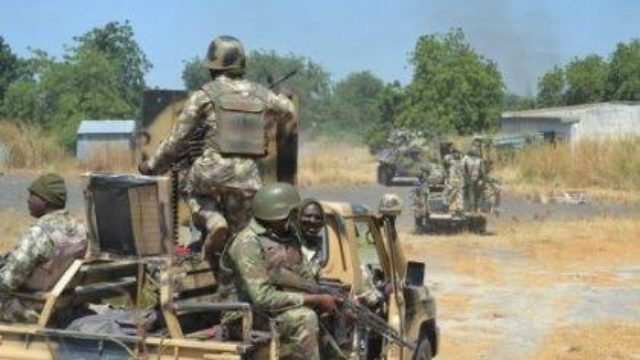 The Coordinator, Defence Media Operations, Maj.-Gen. John Enenche disclosed this in a statement on Sunday in Abuja.

Enenche said the terrorists surrendered due to sustained aerial bombardment and aggressive intensive clearance operation by troops of Operation Lafiya Dole in the North East.

He said the suspects and their family members who surrendered on Saturday, had been receiving medical attention at a military medical facility.

According to him, the suspects are currently undergoing thorough profiling and investigation in line with global best practices in handling such cases.

“The Armed Forces of Nigeria and other security agencies remain resolute, determined and committed to sustaining the tempo of the operations,” he said. (NAN)