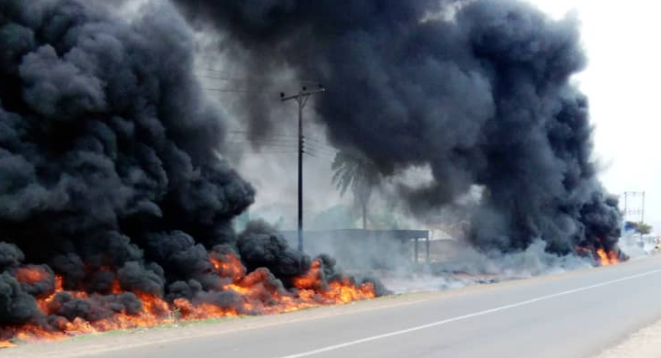 No fewer than 12 people have been confirmed dead after a tanker exploded in Benue State on Sunday afternoon.

WuzupNigeria reports that the incident happened at Oshigbudu community in the Agatu Local Government Area of the state.

Yakubu Mohammed, the Sector Commander, Federal Road Safety Corps, who confirmed the number of fatalities, said the figure might increase because many people were caught up in the explosion.

According to him, corpses of eight male, three female and one male child were recovered following the incident.

“The number may be more because some houses were gutted by fire and there were people inside,” he added.

Recall that a tanker fully loaded with fuel fell at the Oshigbudu-Obagaji junction, spilled its content which flowed o a filling station in the Oweto area, caught fire and destroyed major parts of the Oshigbudu community.