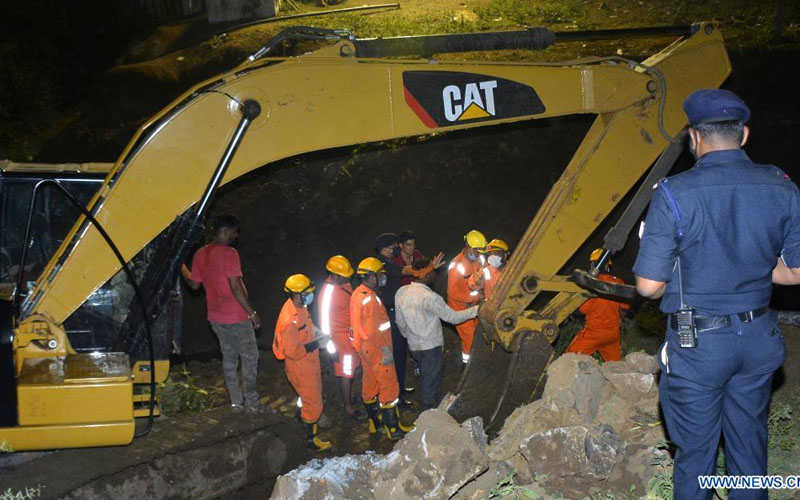 Rescuers have pulled out 11 bodies and rescued 19 people from a well after a concrete slab over it collapsed in the central Indian state of Madhya Pradesh, the Police said on Saturday.

The people had assembled on the slab of the well to rescue a child from drowning.

The incident took place on Thursday night at Ganj Basoda area of Vidisha district, about 106 km north of Bhopal, the capital city of Madhya Pradesh.

“Rescue efforts have been called off and we have retrieved 11 bodies from the well,’’ a police official posted in Vidisha, said.

“We have also rescued 19 people and shifted them to hospital where they are undergoing treatment.’’

According to the Police, 30 people have fallen into the well at the Lal Patar village after an old concrete slab, covering it, suddenly caved in.

The victims fell into the water and slush, triggering panic.

Officials said it appears that the slab collapsed under the weight of the people causing them to fall into the well about 50 feet deep.

Following the incident, authorities rushed rescuers, including teams from the disaster response force to the spot to carry out rescue work and efforts were made until late Friday night.

Indian Prime Minister Narendra Modi expressed grief over the deaths and announced compensation for families that lost members in the mishap.

“Anguished by the tragedy in Vidisha, Madhya Pradesh, my condolences to the bereaved families.

“An ex-gratia of INR 200,000 ($2,680) each from Prime Minister’s National Relief Fund (PMNRF) would be given to the next of kin of those who lost their lives,’’ Modi wrote on social media.

Earlier, Madhya Pradesh Chief Minister, Shivraj Singh Chouhan, announced that the families of those who were killed in the incident will be provided with a compensation of $6,701 each.

According to Chouhan, the state government will ensure the treatment of those injured and provide each of them with monetary assistance of $670.

Reports said a tractor being used to pump out water also fell into the well.

Villagers told the media that the well is the only source of water for 700 families of the village and usually many people come to the well daily to fetch water.

US laments first case of monkeypox ‘imported’ from Nigeria