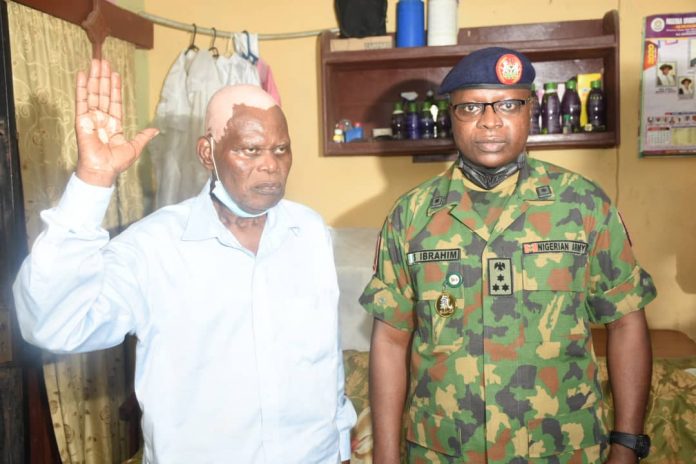 The name Dr Oluwole Adetiran may not quickly ring a bell, especially in the ears of young corps members and those who served in the last three decades.

Adetiran has been credited with composing the evergreen anthem of the National Youth Service Corps (NYSC).

WuzupNigeria presents 10 things you probably did not know about the man who many has regarded as a living legend.

Adetiran studied music at the University of Nigeria, Nsukka.

The NYSC anthem was ideated and composed in 1984 when he was a corps member in Oyo State.

He was a leader of an NYSC group called ‘the anthem group’ which was saddled with the responsibility of composing an anthem by the then chief inspector.

Adetiran claimed that he rendered the anthem with a special choir before presenting it.

The septuagenarian was the head of the Polytechnic Ibadan Music Department between 2003 and 2007 and retired as a lecturer in 2008.

He presently lives in Ibafo, a settlement in Obafemi-Owode Local Government Area of Ogun State.

Adetiran is also currently the national Music Director of the Celestial Church of Christ where he worships.

He is reportedly suffering from hypertension, diabetes and prostate cancer which he has been battling since 2018.

The 74-year-old was paid a commendation visit by the NYSC Director-General, Brig. Gen. Shuaibu Ibrahim on July 15 after the latter heard about his health condition.