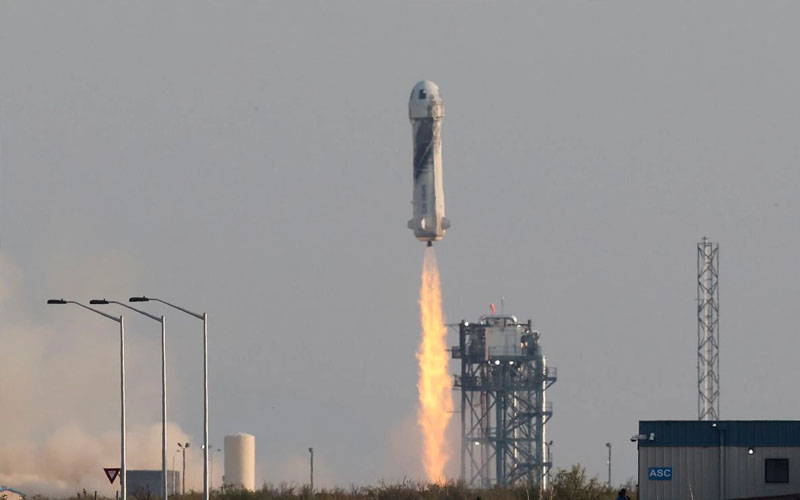 Jeff Bezos, the world’s richest man embarked on an 11-minute 2,300-mph excursion to the edge of space in his rocket company’s Blue Origin, which was founded in 2000 with the goal of using some of his Amazon fortunes to develop rocket technology for a variety of business purposes.

The flight brings alive the billionaire’s five-year-old dream. “Ever since I was five years old, I’ve dreamed of traveling to space,” Bezos wrote in his June announcement on Instagram.

The space trip was launched at a desert near Van Horn, Texas, United States of America.

Wally Funk, 82, became the oldest person to fly in space, beating the record of 77-year-old Sen John Glenn who held the record from his 1998 trip.

On the other hand, 18-year-old Oliver Daemen who recently graduated from a Dutch high school has now become the youngest person to launch into space, a record previously held by Soviet cosmonaut Gherman Stepanovich Titov who in 1961 attained the feat a month before his 26th birthday.

Daeman is known as New Shepard’s “first paying customer.” He is the son of Dutch private equity firm Somerset Capital Partners CEO Joes Daemen, who paid for the seat in last month’s public auction and chose to fly Oliver instead.

Daeman took the space from an anonymous individual who won a $28 million winning bid of the auction, who cited “scheduling conflicts” for postponing their flight.