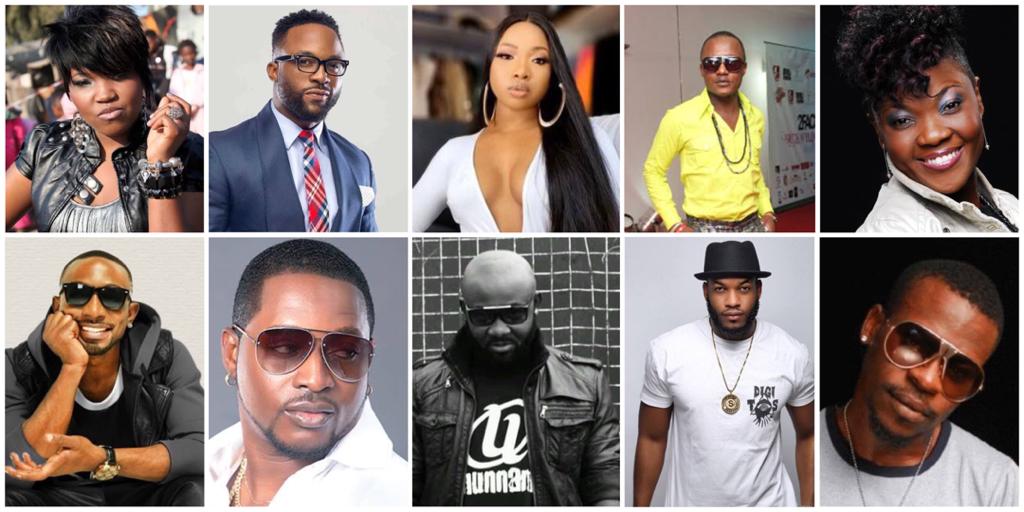 No doubt, Nigeria has a plethora of talents, especially in the music industry. While some made their presence known but became one hit wonders as they were a flash in the pan, others, through their works, made enough significance to remain in the memory of music lovers. Sadly, they went into oblivion and are yet to make a comeback. The PUNCH highlights some of these artistes that are missing in action.

Also known as the First Lady of hip hop in Nigeria, Sasha P is a Nigerian rapper, musician, businesswoman, lawyer and motivational speaker.

Born Anthonia Yetunde Alabi, she began her musical career as a child in Ibadan and gained success at a time when there were very few Nigerian women in hip-hop music.

Subsequently, her success helped pave the way for other female rappers and musicians in Nigerian hip-hop as she was signed on to eLDee’s Trybe records.

She was prominent in the music space in 2001, especially with the release of her debut album ‘First Lady’ under her record label — Storm Records.

Besides her hit classic song, Adara, she released Gidi Babe on her birthday in 2009 and another song titled ‘Bad Girl P’ in 2012.

In 2013, Sasha P revealed that she was taking a break from the music scene to focus on her fashion business.

The year 2007 was practically Olu Maintain’s year as it was a time that saw the artiste on top of his game with his classic hit record, Yahooze.

The song was so huge that it was regarded as a ‘national anthem’ at the time.

The singer’s celebrity status was so huge that in 2008, he performed ‘Yahooze’ at the Royal Albert Hall, London and brought on stage Colin Powell, to dance to his tune.

Having his bragging right, in the singer’s verse on eLDee’s song ― Big Boy ― he said, “Colin Powell, oh well; dance Yahooze so well.”

About 13 years down the line, while the multiple award winning singer has released several records like Nawti (2012), Hypnotize (2013), Cinderella (2015) and Excuse My French (2016), he is yet to stage a major come back that can dwarf his success with the classic hit record ‘Yahooze’.

Born Iyanya Onoyom Mbuk, the artiste was the toast of the town with his smashing hit song, Kukere.

With the success of the song, the singer followed up with other classic hit songs like ‘Ur Waist’, ‘Flavour’, ‘Sexy Mama’, and ‘Jombolo’, which were all on his sophomore album, Desire.

The performer rose to fame after winning the first season of the MTN Project Fame West Africa.

While he has released several records since he dropped Kukere, the artiste has been off radar in recent times.

In October 2016, Iyanya announced on Instagram that he signed a record deal with Mavin Records. Few months prior, he signed a management deal with Temple Management Company. Both relationships were short-lived.

In recent times, not much has been heard of the artiste personally or ‘musically’.

Mo’cheddah, with the government name Modupe-Oreoluwa Oyeyemi Ola, was a classic definition of a young girl in the rap industry literally making the “cheddah”.

Despite being in a male dominated industry, especially in the rap game, the young lady earned her strides as she bagged the MTV Africa Music Awards and Channel O Music Video Awards in 2010.

She released her debut studio album, Franchise Celebrity, in 2010, while signed to Knighthouse Entertainment. The album was preceded by the 2009 promotional single ‘If You Want Me’.

She parted ways with Knighthouse in February 2012 and established her own label, Cheddah Music.

At a point, the talented singer went off radar for some years but came back with hits like ‘Destinambari’ featuring Phyno and ‘Bad’, which featured Olamide.

At the moment, she seems to be focused on her fashion brand.

Who knows, maybe she would return to the music scene with some more bangers like she did with her hit records ― Survive, My Time, Coming for You featuring May D, and Tori Olorun.

Teaming up with the late Big Lo, the rap artiste dished out classic hits and was a favourite among disc jockeys in Nigeria.

Serving a blend of pidgin English and Igbo language in his lyrics, the rapper wormed his way into the hearts of Nigerians. He won the award for Best Collaboration at The Headies 2006.

His debut studio album, Pirated Copy, was released in 2004. It was supported by three singles ― Carry Am Go, Odeshi and Delicious.

2Shotz released ‘I am William’ and ‘Loud Silence’ as his fifth and sixth studio albums in 2010 and 2016, respectively.

Born William Orioha, the rapper and songwriter has since moved to the United States and is now a photographer and filmmaker.

Born Bukola Folayan, she is a Christian female artiste.

Formerly a broadcaster, Bouqui started her professional career with an all girl group called G-Vibes before going solo.

The album titled B.O.U.Q.U.I was her debut and the lead single was ‘Get It Started’. The album had other tracks like Not Ashamed, Major Problem, Molejo, Vanity and Wanna Lone U.

The album won several accolades and nominations including the AMEN awards in 2007 for best female act.

In 2009, the singer released her sophomore album, Redefinition, which had the hit record ‘Mo Ri Le’.

As the artiste has relocated to the US, not much is heard of her in Nigeria.

Ever since Chukie Edozien, better known as Lynxxx, shot into prominence in the Nigerian music industry, he has been a heartthrob of the ladies.

He made a name for himself with his self-styled ‘jollof music’ on his label, Syndik8 records, rapping and singing about the high life: fast cars, expensive drinks on the tab, and gyrating women in videos. But he’s had a major change of heart, rejecting the lifestyle in a big way as he became a born again Christian.

He exploded into the Nigerian music scene in December 2009 with the release of his first official single, Change your Parade. The single was an instant hit as it took over the airwaves, dominating clubs and cultivating a significant followership online.

In December 2010, Lynxxx released his debut studio album ‘This is Lynxxx’. The album boasts of a rich combination of different musical genres from urban hip-hop to contemporary R’n’B and infusions of Funkyhouse.

This combination of diverse styles has been fondly dubbed “Jollof music” by Lynxxx, which means the art of blending various genres to make good music.

A decade later, not much is heard of the singer. In several interviews, he noted that although he is a born again Christian, he might not release gospel music.

The artist, Shank, was born in London and named, Chinedu Naze. He gave music lovers classic hits like, Julie, Ghetto, among several others.

Shank’s first album, King Kong, has collaborations with Akon, among other A-list artistes.

K-Switch was once a formidable force in the music industry, especially when he was part of the defunct Mo’hits crew. His discography includes features on Dr. SID’s ‘Over the Moon’ and Wande Coal’s ‘Who Born the Maga?’

He was also one of the enigmatic rappers in ‘Booty call’ and his single, Money, featuring Humble, had been top of the list.

So far, the question on the lips of his fans is “where is the dancehall singer?”

Wale Adepoju, a.k.a W4, is a native of Osun State.

Before he shot into the limelight, he did back-up vocals, collaborations, song writing and co-writing for several artistes.

W4 has worked with a lot of artistes like 2face, Sound Sultan, Rugged Man, Timaya, Tinny from Ghana, 9ice, Spyda Man, among others.

He became a professional artiste in the year 2005 when he released his debut album, Temperature, with hits like Temperature, Solo, Too Kpokpos, lover love, Am in love and Amen, which was released under Hypodrum Records.

W4 became famous with his hit song Kontrol. However, not much has been heard from the artiste in recent times.