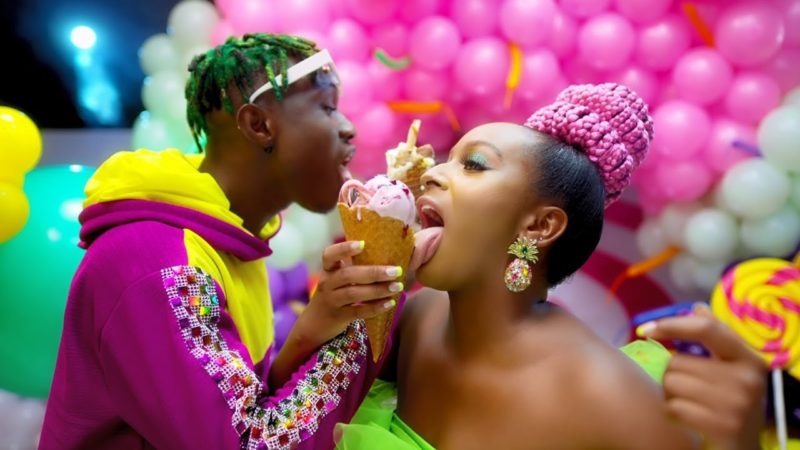 Multiple award-winning Nigerian disc jockey and singer, Florence Ifeoluwa Otedola popularly known as DJ Cuppy has cried out on Twitter over her colleague blocking her on some social media platforms.

DJ Cuppy took to her verified Twitter account to ask why Zlatan blocked her on Instagram and WhatsApp, she further stated that it’s been ten months now that he has done that.

Recall, on the 15th of August, 2019, DJ Cuppy released her single, “Gelato” that featured Zlatan Ibile.

The song went on to be a hit song that was well received by Nigerians.

However, it seems things have gone south between the two artistes and Cuppy who might be shocked has taken it to Twitter asking why the blocking happened.

She stated that they were actually friends and the song they collaborated on were hit songs so why?

She then made a separate pos saying she is human and she has feelings too. 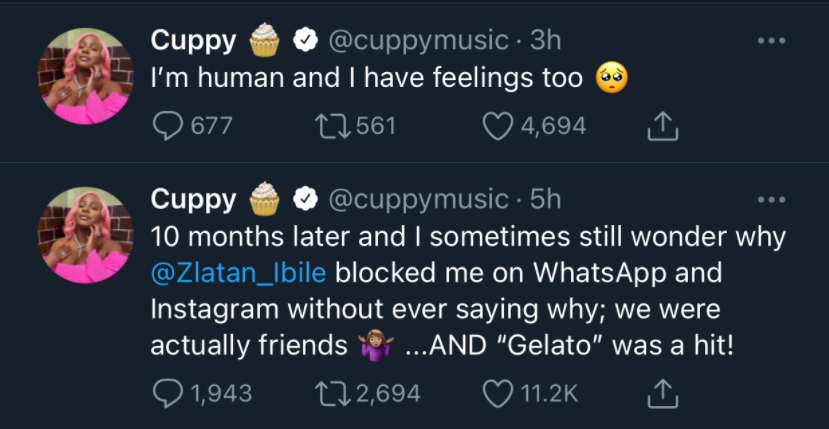 Not all relationships end because of cheating, actress Mide Martins says

VIDEO: Honorable Deji trends after Bobrisky mentioned name while teaching women how to moan during s3x